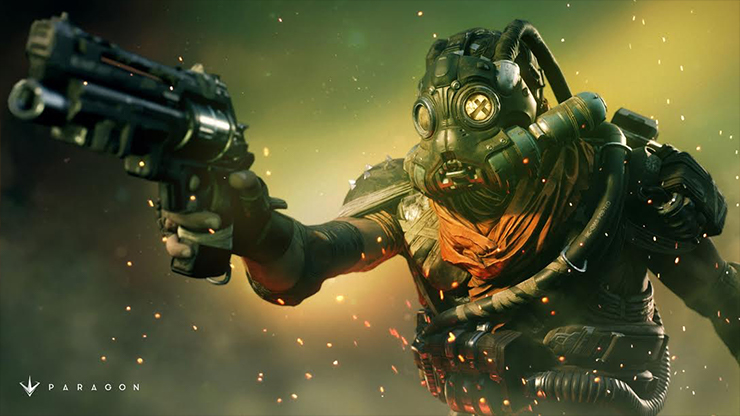 Drongo is a zoning ranged marauder living in the chemical wastes of Omeda. Check out his reveal trailer below:

Rad Rounds (RMB/R1)- Load Drongo’s revolver with Uranium tipped bullets. Landing attacks applies stacking radiation, which deal burst damage after a delay.
Old Rusty (Q/Square) – Drongo throws his trusty boomerang, dealing damage and slowing enemies hit. The boomerang will deal damage on the way out and when it returns to him.
Gag Grenade (E/Circle) – Throw a tear gas grenade to a target location, and upon exploding it creates a silence field. Enemies will not be able to use abilities when inside the gas.
Shrapnel Cannon (R/Triangle) – Drongo unleashes his cannon full of shrapnel, dealing a huge burst in front of him which shreds armor and knock back close enemies. The blast is so powerful that Drongo himself is knocked back by the ability.

Paragon is available on PlayStation 4 and PC. This update releases on August 29.