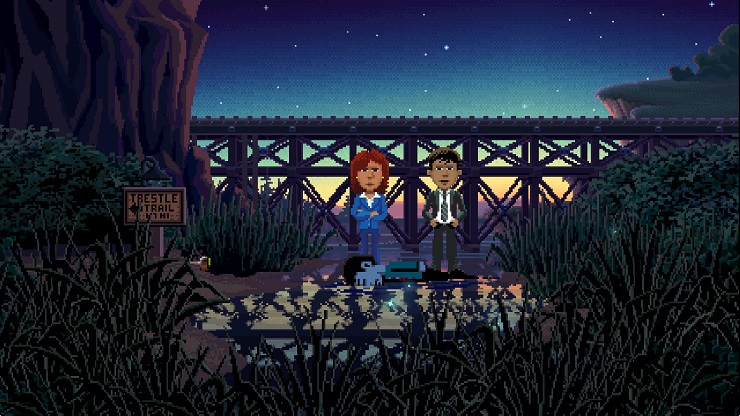 Thimblweed Park is coming to Nintendo Switch in September.

We know that Thimbleweed Park hits PS4 on August 22. While teased for the Switch before, Ron Gilbert confirmed it would be released on Nintendo Switch in September. There’s no fixed date yet but you can watch it running on a Nintendo Switch below:

Thimbleweed Park is also in development for iOS and Android. The PS4 version will have some DualShock 4 unique features when it launches. On Switch, it will support both the Joy-Cons and touchscreen controls.

Thimbleweed Park is now available on PC and Xbox One. Read our review here.