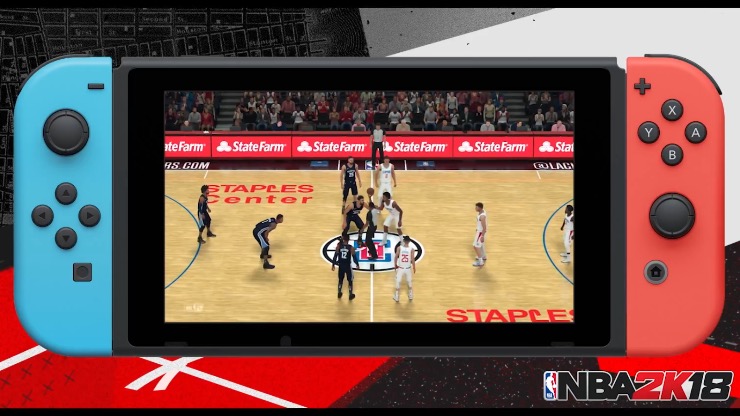 NBA 2K18 released on the Switch alongside the other platforms last month. But it has been digital only on Switch until now. This Tuesday, it finally got a retail release. This requires a 17gb download but the port is actually fantastic. Aside from the 30fps vs 60 on other platforms, this is a feature complete release and plays brilliantly. Chris and I have been playing it on Switch and I deleted the Xbox One version. Having this version portable is amazing. Watch the video below: