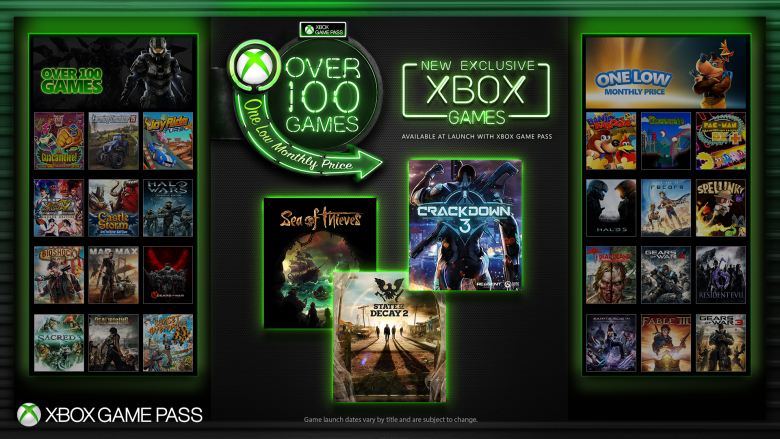 Phil Spencer has announced some massive news about upcoming Xbox One exclusives.

Announced via a blog on MajorNelson, this news means that if you are part of the Game Pass subscription service, you will get ALL exclusive titles free of charge, on launch day.

Moving forward, we plan to release all new Xbox One exclusive games from Microsoft Studios into Xbox Game Pass on the same date as their global release. This means that when Sea of Thieves launches on March 20, it will be included in Xbox Game Pass to all members.

So as Phil says, this means Sea of Thieves, Crackdown 3, State of Decay, but they aren’t stopping there, as the deal is retroactive.

This plan to bring new games timed with their global release into Xbox Game Pass not only includes announced titles like Sea of Thieves, State of Decay 2, and Crackdown 3 but future unannounced games from Microsoft Studios including new iterations of our biggest Xbox One exclusive franchises such as Halo, Forza and Gears of War, on the same day they launch.

This is fantastic news for people who subscribe already, and we’d bet their numbers are going to go up on the back of this news.