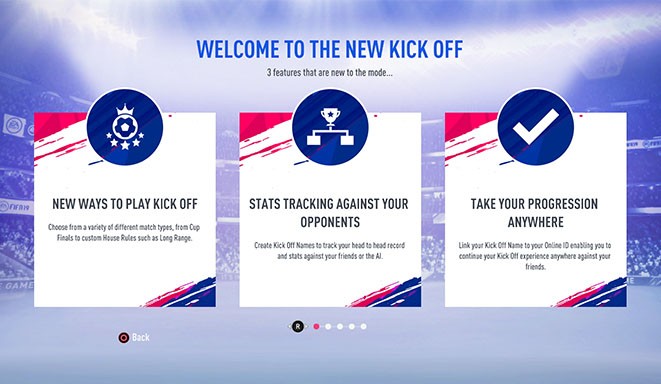 Outside of the usual Classic Kick Off the following new modes are included:

You can track your mode record and stats with a new Kick-Off ID. This mode will also allow you to turn off the referee and go all out into a survival mode that definitely isn’t like one of the more popular modes in AAA gaming today.

FUT 19 on the other hand has Division Rivals that replaces Online Seasons. Players will be able to earn weekly rewards here.