Fortnite patch 5.21 adds a Heavy Sniper Rifle, a new LTM with a focus on mobility, and more 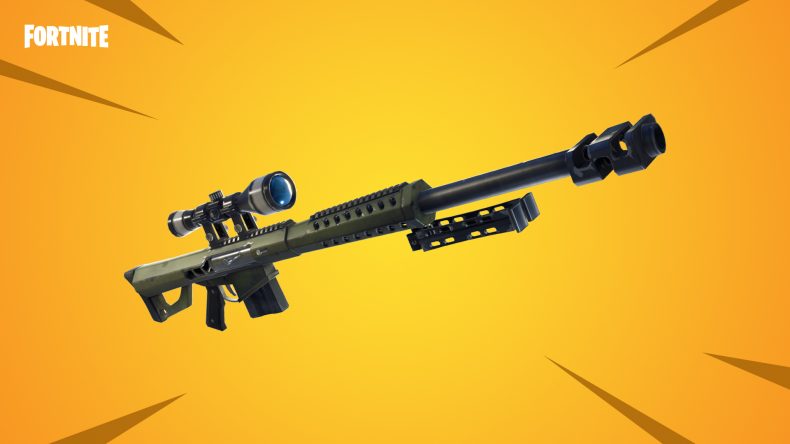 Fortnite patch 5.21 is available on all platforms and it brings a new LTM and weapon to the fray.

If you missed it, Fortnite is now available on Android (not on Google Play) in beta. The Android patch is causing issues for some right now and Epic is investigating this. On other platforms, 5.21 adds the Soaring 50’s LTM with a focus on mobility and the Heavy Sniper Rifle. Patch notes for Battle Royale are below:

Summary
This mode is a twist on the traditional 50 vs 50 mode, featuring an extra emphasis on mobility. Gliders can be re-deployed when falling from large heights. Additional Impulse Grenades, Bounce Pads, and Launch Pads will be spawned throughout the map. Jump in and soar to new heights!

Heavy Sniper added
Available in Epic and Legendary variants.
Can be found from floor loot, chests, Supply Drops, and Vending Machines.
Each shot delivers devastating damage at the cost of a long reload.
Deals 150/157 damage to players.
These large rounds deal increased damage (1050/1100) to buildings.
Projectiles fired from the Heavy Sniper have less bullet drop in comparison to other Snipers.
Minigun
Minigun headshot multiplier has been reduced from 2.5 to 1.5.
Bug Fixes
Grenades now properly grant progress for the Week 5 Challenge: “Deal damage to players with a Clinger, Stink Bomb, or Grenade.”