Fortnite downtime has begun and here’s what has changed in patch 5.20 that is rolling out 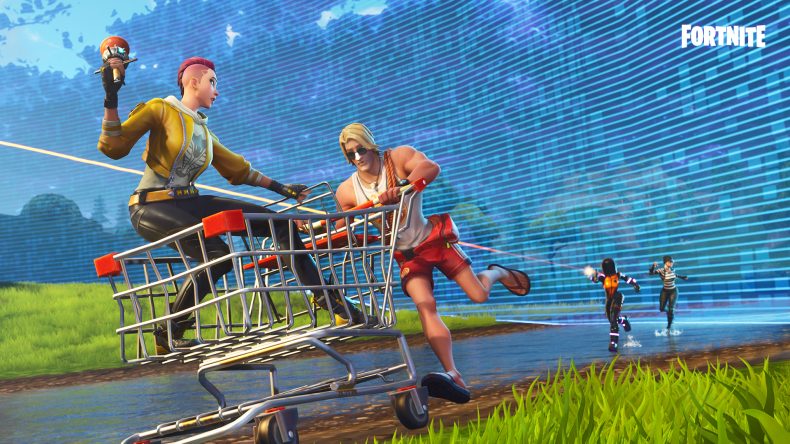 A new week means a new Fortnite update and 5.20 adds quite a few things.

Downtime is now live on all platforms but the highlights of the patch that should roll out soon include the Double Barrel Shotgun addition, the new LTM Steady Storm, mobile improvements, and a boost to dynamic resolution on Switch in some situations. The important patch notes are below:

Summary
Steady Storm has one constantly moving storm closing in on the island. Stay ahead of it and take down the other players to earn a Victory Royale!

Mode Details
One Storm that closes in over the course of 15 minutes.
There are no safe zone circles. Keep an eye on the map to predict where the Storm will close in.
The Storm does 10 damage per second.
Profile Stats (K/D & Wins) and Challenges are tracked in this mode. GAMEPLAY
The weapon fire position now more closely follows the actual player position when crouching and un-crouching.
Shooting while leaving the crouched stance will no longer fire bullets from full standing height until the animation is complete.
Crouch does not interrupt emotes anymore and is disabled when emoting.
Bug Fixes
Certain player models will no longer obstruct camera angles or block crosshairs on slopes.
Fixed an issue where a wall would become invisible when destroyed on a client, but would still have some health on the server.
The camera will no longer instantly transition when attempting to aim certain weapons while in midair.
Trap selection will no longer unintentionally cycle when switching to available traps.
Fixed an unintentional camera adjustment when entering and exiting targeting while transitioning in and out of crouch.
Visual effects will now properly play when a vehicle impacts an environment prop.
Fixed reliability issues when using a rocket launcher to boost shopping carts or the ATK.
Fixed an occasional failure of glider deploying after exiting a Rift.
Switching weapons after an emote will now play the correct weapon switch animation.
Slurp Juice will no longer continue to heal or provide shields after being knocked down.
Player placed map markers will no longer appear to jitter on the minimap or in the world.

PERFORMANCE
Significant GPU optimization on Switch. Moved to the high-end forward renderer. This increases dynamic resolution by 10% in expensive scenes.
Optimized the way explosives modify buildings to lighten the load on dedicated servers.
Building props have more efficient network usage when taking damage.
Melee animation trails now use significantly less network traffic.
Optimized C4 network usage, the impact sound no longer broadcasts to players outside a certain range. It now only plays for players that are close enough to the impact.

Fortnite is now available on Nintendo Switch, iOS, PS4, Xbox One, and PC. It will be on Android soon but not through Google Play.