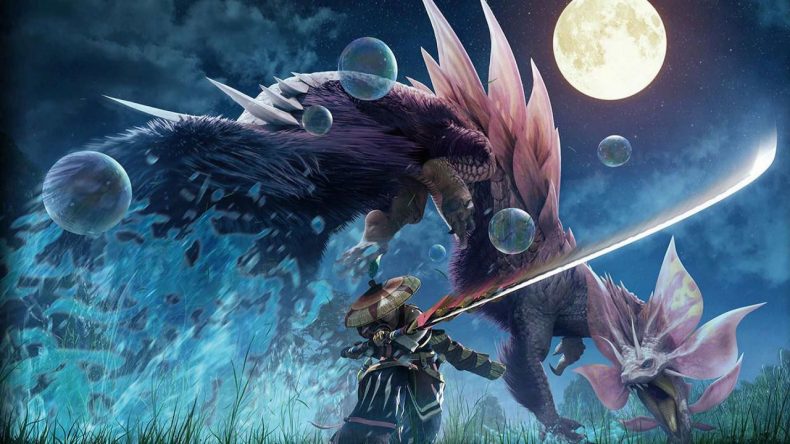 I’ve played quite a bit of Monster Hunter World since its launch at the tail end of January, putting in around 300 hours. It’s modest compared to some, but I’d be prepared to argue that I’m no longer a noob, even if I’m no veteran. I know the game pretty well, is my point. I know the weapons, I know the monsters; I get how the game works. However, Monster Hunter World was my first foray into Capcom’s 14-year-old franchise, and it turns out that in the grand scheme of things, I don’t know jack.

This has never been more apparent than now, having spent roughly 8 to 10 hours with Monster Hunter Generations Ultimate on Nintendo Switch – around 5 hours of which, I must add, have been spent in the training arena playing with the 14 weapons and their associated Styles and Arts. Veterans have been telling me since January how much Capcom dumbed down the mechanics for the PS4 / Xbox One audience, but until now I just dismissed that as elitist twaddle. I was wrong. It’s for this reason that for the purposes of this preview I’m going to assume that, like me, you’ve never known anything but World. Monster Hunter Generations Ultimate is a deep, complex beast, which, despite the inferior visuals and a handful of issues, feels ironically like a step forward in many ways. For instance, the aforementioned Styles and Arts now seem like a glaring omission from World. Hunter Styles come in six varieties: Guild, Striker, Aerial, Adept, Valour, and Alchemy. Each represents a different way to wield any of the fourteen weapons, and encompasses a spread of different special skills known as Arts. An easy example is the Sword and Shield, which when paired with the Striker Style gives you three abilities right out of the gate: Round Force, a powerful roundhouse slash, Absolute Evasion, which will carry you through most monster attacks unscathed, and Escape Runner, which prevents stamina depletion when you’re running away from a large monster.

When using most Styles, you fill the Art gauge by landing attacks. However, in Valor Style, you fill each gauge faster by sheathing your weapon, as an Adept you fill it by timing your evasions well, while Aerial Style lets you vault off other players or barrels, and use a mid-air dodge to mount monsters. Guild is the safest all-rounder Style, and finally Alchemy is for those support players, because not only can you equip 3 Arts, you can also take a special Barrel into the field that allows you to create items to help your hunts.

If it sounds dense and confusing, that’s because it is. Veteran players will be shaking their heads at me right now, but for those of you who have never experienced a Monster Hunter game besides World, well, you’re in for a bit of a baptism of fire. There’s no Training Area with an inanimate trunk of wood to practice on, for a start. If you want to try out each weapon and Style, you’ll need to take training missions from the “Gal” in Bernha town and fight against a Great Maccao, a monster similar to World’s Pukei-Pukei. All the weapons are familiar, with almost identical animations and attack speeds, but the simple fact is that most of them were refined for Monster Hunter World. For example, the bow feels very unwieldy until you’ve spent some time with it, while the Insect Glaive is more straightforward, less aerial, and feels somewhat less fluid. That said, moving from World to Generations Ultimate, you’ll feel more or less at home with most of the weapons – just expect to spend a bit of time in the training arena.

The combat itself feels just as rewarding and satisfying, but there are some key differences. For one, there’s no indication of a monster’s health beyond its actions. They will still limp off to a nest when you do enough damage, allowing you to kill or capture them (capturing works the same as in World), but there’s no heart beat indicator, and no damage numbers. You simply smash away at them until they start panting, then keep going until they start limping, although you can still remove tails and break body parts, allowing you to pick up glowing loot drops mid-fight.

You can, of course, quest with three other hunters via the Hunter Hub, which works similarly to World, although there are no expeditions to go on. Generations Ultimate is all business, but quests follow a template you’ll be familiar with, either asking you to gather materials, slay lesser beasts, or hunt the large monsters. Handily, there are a lot of players out there familiar with Generations Ultimate, so teaming up is actually pretty useful. There are dozens of other small details that will initially throw you. You can’t just mine or catch endemic wildlife willy-nilly, for example, as pickaxes and bug nets are finite items you’ll need to stock up on. Also, the item box is much less streamlined and convenient, which is more of an irritant than anything else. But the biggest change besides the Styles is how Palicoes work in Generations Ultimate.

You have to hire them at a special ranch, and train them in specific skills and abilities. They don’t follow you out on every mission, and you won’t always have one bounding around town with you as a constant companion, but you can take two along with you on hunts, name them and build their skills. Be aware of their differing abilities and styles though, as some are better at fighting, healing, or assisting depending on their type.

Also, you can hunt as them. Switching into Prowler Mode in your house will let you shop, quest and hunt as your – or another – Palico. It opens up a whole bunch of new farming, grinding and adventuring opportunities, and I’m pretty sure there will be people who prefer to play this way. For me, at this early stage, it’s a bit weird, but we’ll see if I grow into it. Going into Monster Hunter Generations Ultimate, my advice is to forget what you think you know. This is not a sequel, and nor is it a prequel – this is a straight-up earlier game than Monster Hunter World, and while it shares many, many elements with the PS4 / Xbox One debut, it’s a very different game. Hundreds of hours spent in World will give you a solid foundation to learn Generations’ intricacies, but you’ll still have an awful lot to get your head around.

As for its place on the Switch, well, it makes sense. Capcom have stated that they can’t bring World to Nintendo’s console, and Generations Ultimate is the next best thing. It plays as well in handheld mode as when the Switch is docked, so a portable version of Monster Hunter will excite those who spent countless hours on the 3DS and PSP with various iterations. Just don’t assume prior experience with World will be enough to carry you through, or you’ll find yourself spending more time on the kitty cart than on your feet.