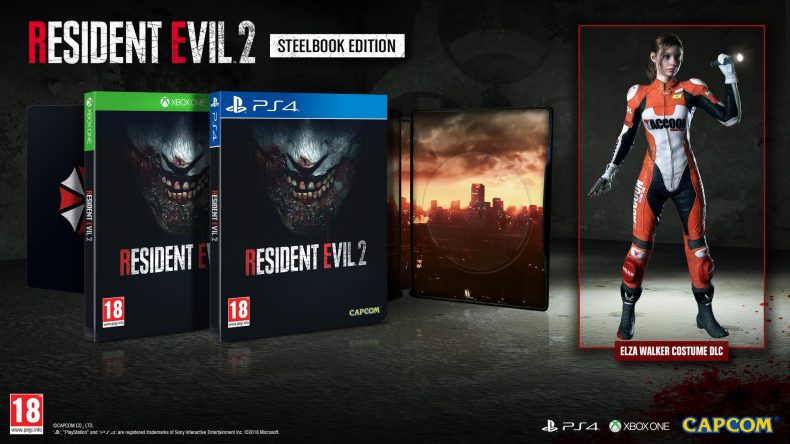 After North America had a Deluxe Edition announced, I was hoping the EU version would have something interesting.

Resident Evil 2 will have a SteelBook edition in Europe. This edition will also include Claire’s Elza DLC outfit as pictured above.

Resident Evil 2 releases on January 25 for PS4, Xbox One, and PC.