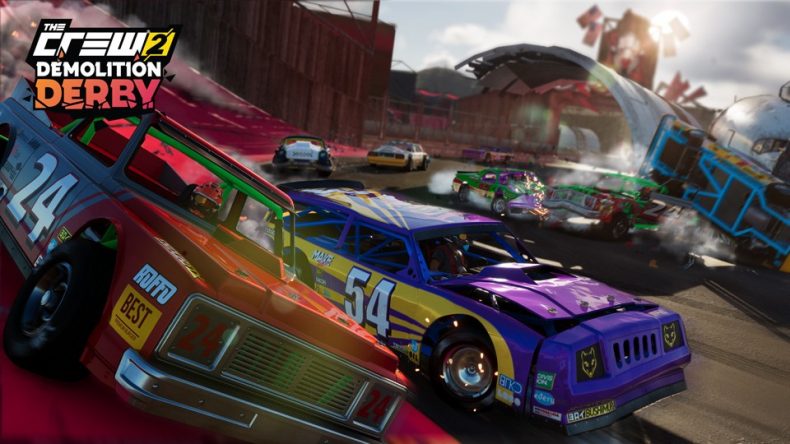 You have to hand it to Ubisoft. Even when its games don’t set the world alight on launch, the post-launch updates don’t stop as it attempts to fix and improve upon the initial release. The Crew 2 was just such a game, delivering a lifeless world but offering a glimpse at something interesting, and Ubisoft continues to work “tyre”-lessly to give people a reason to come back to its game.

In this case, the second of The Crew 2’s major free updates, Demolition Derby arrives on its shores next week. With two new arenas built to house the destruction, and four completely destructible vehicles added to take part in it, players will compete to eliminate opponents through a bit of dangerous driving. Earn a top three spot by getting the highest score possible in a limited time.

Alongside the Demolition Derbies, PvP events and leagues are finally being added to The Crew 2, allowing players to compete across a variety of disciplines in a “constantly renewed” selection of events on the map.

Finally, the update will add new “high-octane contests” including exclusive Drift, Alpha Grand Prix and Rally Cross challenges, as well as the latest monthly vehicle drop, adding the Audi RS3 LMS 2017 and Aeroboat – VS12 2018 for all players.

The Crew 2 is out now on PlayStation 4, Xbox One and PC, with the Demolition Derby update coming for free on December 5th.