Fortnite content update v6.30 is now live and here’s what it adds 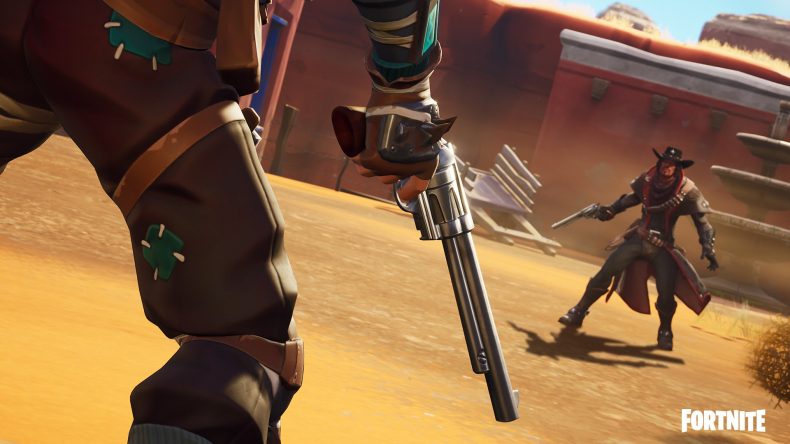 Summary
Fight for the Victory Royale using a limited set of weapons and items such as Hunting Rifles, Shotguns and Dynamite.

New Weapon: Dynamite
Uncommon rarity, found in stacks of 3.
Available from floor loot, chests, Vending Machines, Supply Llamas, and Supply Drops.
70 damage to players and 800 damage to structures.
Explosion is in the shape of a flat cylinder
1600 units in diameter and 384 units in height.
Initiating a throw will start a 5-second fuse that can’t be canceled.
Throw range is shorter than standard Grenades.

New Tournament: Scavenger Pop-Up Cup Duos
Scavenger game mode adjustments:
Material cap reduced from 500 to 300.
Drop count of Clingers and Grenades increased from 3 to 5.
Safe zone changes
Reduced the radius of Circle 3 from 20000 to 15000
Reduced the radius of Circle 4 from 10000 to 7500
Circle 4 is now the first circle partially outside of the previous safe zone (was circle 5)
Increased chances of supply drops in later circles
Circle 9 now travels twice as far but takes twice as long to close