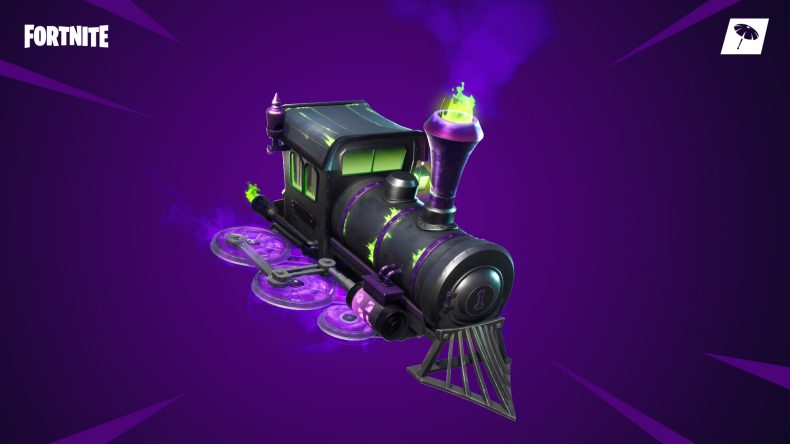 Epic Games just released patch 6.21 for Fortnite on all platforms.

Patch 6.21 continues Fortnitemares with new challenges and there’s also the addition of balloons for Battle Royale. The full patch notes for it are below:

Balloons added
Epic rarity
Comes with 20 deployable balloons.
Allows the player to defy gravity by holding up to 6 balloons at a time.
Primary fire button to inflate a balloon, secondary fire button to let go of a balloon.
Can be found from floor loot, chests, Supply Drops, Supply Llamas, and Vending Machines.
NOTE: Don’t float too high for too long, balloons only last so long at max build height.
Grappler
When grappling as a vehicle passenger, the velocity of your vehicle is factored into the grapple force.
Only occurs in instances where vehicle velocity will be a net gain to grapple force.
Grappling as a vehicle passenger will now cause the vehicle to travel in a straight line to its destination rather than traveling in an arc.
Vaulted
Semi-Auto Sniper
Guided Missile
Dual Pistols
These items will remain available in Playground Mode.
25% of explosive damage will now penetrate through structures and the environment.

Glider Re-deploy
We’ve finished our first week of Glider Re-deploy being available in all modes. During this time we’ve been collecting internal data and monitoring constructive feedback from all of you. We understand that not all players agree with this change, but we would like to continue with this functionality in the game based on the positive results we’ve been seeing.

As this feature remains available, we’ll begin making quality of life changes to its functionality. First of which will be prioritizing Glider audio over weapon audio within certain ranges, this will begin in v6.21. We also plan on adding additional changes in future updates.

Thanks for the discussion and feedback you’ve provided. Please continue letting us know how we can improve this feature, your thoughts on its effect in matches, and any other feedback you may have as we continue to work on Glider Re-deploy.

Additional Gameplay Changes
Grass updates more frequently resulting in smoother animation.
Added support for Nintendo Switch Pro Controller and newer versions of PS4 and Xbox One controllers on Mac
Bug Fixes
Fixed an issue where picking up a trap could cause a hitch.
Certain bindings will no longer override the ability to use the fullscreen map and spectating actions.
Fixed the delay between using multiple Small Shields.
Fixed an issue where inventory could get stuck when using the Grappler while picking up an item.
Map zooming with trigger buttons works on Switch again.

Optimization to reduce hitching on Android phones using Vulkan.
Snap-to-value slider added to the HUD Layout tool.
Bug Fixes
Widgets that should not have had editable visibility shown will now be properly hidden.

Fortnite is available on PS4, Xbox One, iOS, Android, Switch, and PC platforms.