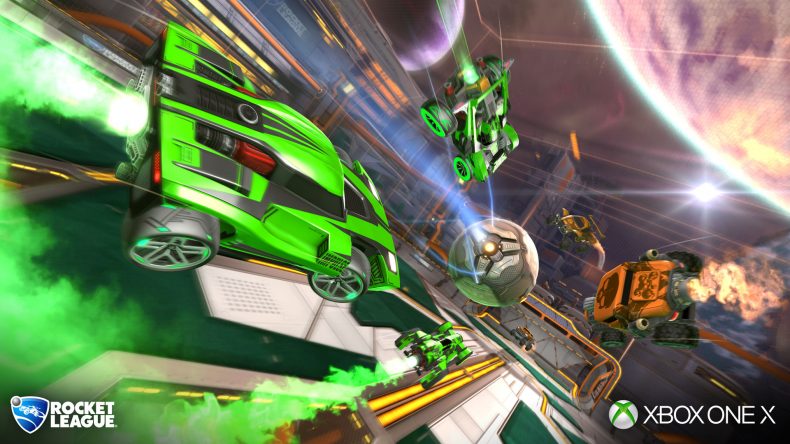 The final planned update for 2018 is the December Update that arrives on December 3. This update adds Xbox One X support which brings Native 4K 60fps (supersampling on 1080p displays) to the Xbox One X. It will also support HDR. Other platforms will get the following with the December update:

Rocket League is available on PS4, Xbox One, Nintendo Switch, and PC.