Fortnite V7.10 content update 1 went live over the weekend and here’s what it adds 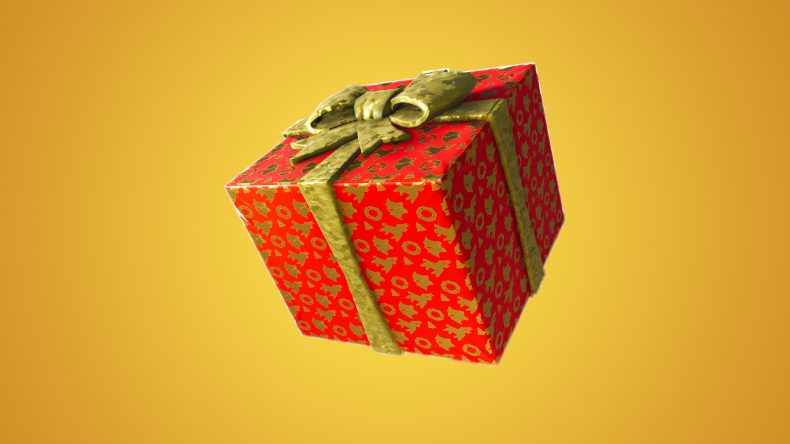 Epic Games released content update 1 for patch 7.10 over the weekend.

This update adds the following to Creative Mode and Battle Royale:

PRESENTS
Treat yourself! Unwrap this new item and discover which set of item/weapons are waiting inside.

LIMITED TIME MODES
The 14 Days of Fortnite event will feature both new and returning LTMs. Large team modes switch every two days and small team modes rotate every 24 hours.
Log in each day at 9 AM ET(1400 UTC) to find out which modes are available to explore. Let us know which LTM is your favorite on our social channels!

Summary​
It’s time for the ultimate dance-off. Dance Floors have spawned around the Battle Royale island. Take them over by clearing out any enemies and then dancing to raise a disco ball up from the floor. The team that earns the most points by capturing and defending the dance floors will win the match!
​​​​​​
What’s New?
New holiday music & decorations have been added to the Dance Floors
The center Dance Floor has been removed​​​​​​​
Players will now gain health & shields when dancing on a Dance Floor that their team controls​​​​​​​
Eliminated players now drop both materials and ammunition​​​​​​​
Storm shrink time lowered to 30s, to minimize scoring downtime​​​​​​​
Storm damage lowered to 1 for circles two and three​​​​​​​

Mode Details:
Two teams of fifty.​​​​​​​
Respawning will be turned on until the third (last) storm circle.​​​​​​​
Four dance floors will appear on the map whenever the storm is not moving. ​​​​​​​
Emoting on a dance floor when no enemies are present will raise a disco ball in the center of the floor, and capture it for your team.​
​​​​​​
The more friendly players dancing on a floor, the faster it will be captured. ​​​​​​​
Once a floor is captured, it will begin to fill a “dance bar” on the HUD, until either an enemy stands on it or the current storm timer ends and the storm begins to move. The first team to fill their bar to 100% will win the match. ​​​​​​​
The dance floors in the later stages of the match award more points, so don’t give up if your team is behind!​​​​​​​
It is not possible to build on or over the dance floors, but they can be fortified by surrounding them with a fort.​​​​​​​
Glider redeploy is activated in this mode, press jump while falling to use your glider.​​​​​​​

WEAPONS + ITEMS
Presents!
Presents! contain one of several powerful sets of weapons/items.
A Legendary rarity item that drops in stacks of one (max of 5 stacks).
Can be found from floor loot, chests, or Supply Drops.

CREATIVE
This is an early release so you may experience client crashes, loss of progress, or other unexpected errors.

WEAPONS + ITEMS
Presents added to Creative Inventory Consumables
Treat yourself for the holidays! Throw down and bust open these giant Presents!
Presents! contain one of several powerful sets of weapons/items.
A Legendary rarity item that drops in stacks of one (max of 5 stacks).