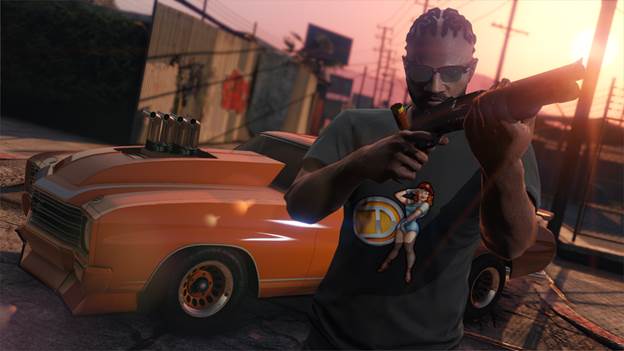 Another week, another round of discounts and bonuses in the still-phenomenally-popular GTA Online.

This week, you can get double GTA$ on all Smuggler’s Run Cargo Sales, and that’s on top of the double GTA$ and RP from all these classic Adversary Modes, through January 21st:

TINY RACERS – Tiny Racers channels the spirit of classic GTA titles with a shifting, bird’s-eye perspective and retro-styled vehicle combat — so you can reminisce about the good old days while you hysterically race to avoid bursting into flames.

DAWN RAID – Parachute from a chopper in the dead of night directly into a crossfire, using thermal and night vision to identify and gun down the opposition, and work with your team to track down the crate containing your tax-exempt profit margin.

OVERTIME RUMBLE – Imagine the calm, rigorous fun of launching yourself through the sky at the center of a distant target in a Ruiner 2000 with only the onboard parachute separating a top score from a deadly fireball. Well, Overtime Rumble is just like that, only you and every other adrenaline junkie in Los Santos are all hitting the accelerator at the same time. This can only end well.

POWER MAD – In Power Mad, teams fight for possession of the vital Juggernaut power-up, which turns its wielder into a heavily armored menace with one main objective: stay alive long enough to fill the meter and score a point. If the Juggernaut dies before filling the meter, the power-up is dropped and ready for a new would-be king to try their luck.

On top of that, you can get up to 40% off select hangars and aircraft as well as up to 35% off select high-end and weaponised vehicles.

And if you sign into GTA Online at any point up to January 21st, you’ll receive a free Declasse Girl T-shirt for your character. Finally, the deliciously Seventies Declasse Tulip muscle car arrives in GTA Online this week, to add that extra bit of cool to your high speed car chases. Look for it at Southern San Andreas Super Autos.