A Newcomer’s Guide to staying alive in Resident Evil 2 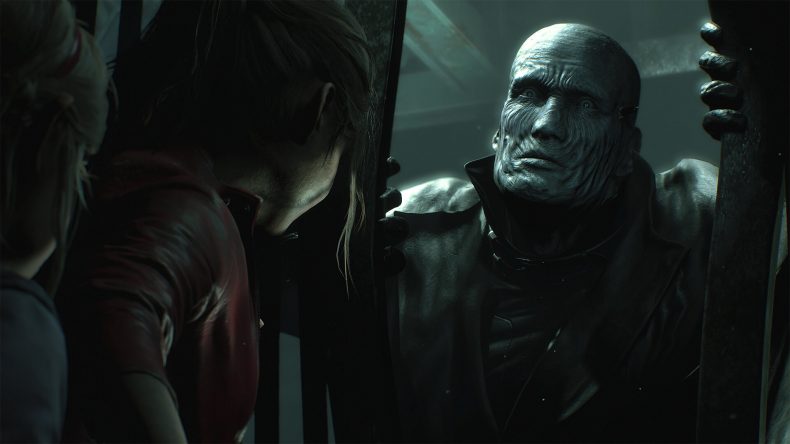 Whether you have played a Resident Evil game before or not, Resident Evil 2 does some things a little differently to its predecessors. Although it does give you enough information in the game to get you through, I’ve gathered together a few tips that might give you an early edge over those pesky zombies.

Herbs have been a traditional part of the series since the original game, but you might not know that Resident Evil 2 brings in a new use for the blue herb.

There are three different herbs in the game: green, red and blue. But how do they work?

Green – on its own it will recover a small amount of health, put two together and the amount of health it restores increases.
Red – increases the potency of other herbs, especially the green herb.
Blue – removes toxins and poisons from the body.

Now, mixing green and red will produce an extremely strong restorative that will usually put you back to full health. Normally, this would be the best mixture available, but in Resident Evil 2 you can add a blue herb to that mixture that will even temporarily bolster your defences too.

So, before you go wasting that lone green herb, have a look around for others. You never know when you might need something a little more effective. DON’T BE AFRAID TO RUN AWAY

Ammo conservation is essential to your survival in Raccoon City’s police station, and most of your enemies are slow, so don’t think that you have to clear every hallway to proceed. In fact, doing just that might leave you in a spot of bother later on, so why not try running around the shuffling undead?

SOUND IS YOUR BEST FRIEND AND WORST ENEMY

That said, you don’t always have to literally run past zombies. It might be the worst thing you can do, depending on the situation. For example, did you know that Lickers are blind? This means that they have exceptional hearing, and your awkward stumbling will only quicken your death around them. Then there’s the Tyrant. If he hears you running around or shooting, he’ll come stomping after you.

This is where you can use sound to your advantage. As you’re exploring, listen out for the telltale sounds of Lickers and the Tyrant especially. If you hear the rasping breath of a Licker coming from around the corner, slow your pace to make as little noise as possible. They won’t attack until they know where you are, so sneak past them if you must, but you’re probably best using this tactic to position yourself for the best shot. You don’t want to leave Lickers around for when the Tyrant inevitably spots you.

To avoid the Tyrant as much as possible, listen out for his heavy boots stomping around. Listen out for doors opening. If his footsteps are muffled, he’s outside somewhere, but if you hear them clearly, you know he’s in the same room as you. Either way, keep your pace slowed until you know you’ve got some distance on him, otherwise he’ll zero in on your location and begin hunting you. USE THE MAP TO YOUR ADVANTAGE

This is one of the best things you can do in the game. When you’re being hunted by the Tyrant, open up the map and work out the best route to get around him, eventually these routes will become second nature if you study the map this way.

While exploring the environment, any items you pass are marked on your map for later, and rooms will turn from red to blue whenever you’ve found everything of note. Locked doors be noted with whatever key shape needed to unlock them, or will simply turn red if they’re locked from the other side. If you’re able to board up a window, those will also be noted on the map, and you can decide which ones you should prioritise once you’ve found another set of wooden boards.

THE RIGHT TOOL FOR THE JOB

Speaking of wooden boards, they are just one of the things you should learn to use to their greatest effect during your time in the RPD building. For example, there is a window on the first floor in the west wing, next to the darkroom. Boarding that up should be a priority, as you’ll probably be using that staircase often and you don’t want more zombies finding their way inside. You should use this way of thinking for every window you come across: is it a main path from/to the main hall? If the answer is yes, it’s worth thinking about boarding it up. You don’t want to leave yourself open to a surprise when you’re being chased by the big guy.

What about those defensive weapons? You should always keep at least one in your inventory, but which ones are best for each situation?

Knives – when your primary enemy is a zombie or three, a knife will do the job. Not just if they grab you, giving you a way to avoid a biting, but if you’ve downed one with a shot or two to the head, a few slashes of the knife can finish it off without the need to waste more ammo. Flash grenades – these are good against most enemies in the game, at least in terms of creating an escape route. Throwing down a flash grenade will temporarily stun zombies and even the Tyrant, giving you a moment to make a run for it.

Hand grenades – these can hurt anything, even bosses. I would suggest keeping these for emergencies, but sometimes those emergencies can include running into a crowd of zombies when you’re in a hurry. Or perhaps a couple of Lickers have appeared in a tight corridor.

Read those reports and notes that are dotted around, they often contain information vital to discovering secrets or to solve puzzles.

Remember that you will always have access to any documents that you have picked up, via the inventory menu. So when you come across one of the puzzle statues like the lion in the main hall of the police station, remember that you may have picked up something that can offer the solution to that particular conundrum. TAKE IT EASY – OR NOT

Choose the difficulty setting that fits your level of play, to ensure that you get the best first experience possible. Don’t worry about choosing the easiest option just because someone might scoff, your enjoyment should be your priority and that’s all there is to it.

Assisted difficulty is there to give you more ammo and health, as well as to help with your aiming and to generally make things a little less challenging for those wanting a slightly less stressful experience. It’s not an “I win” solution by any means, but it will help less confident players to experience Resident Evil 2’s story in full.

Whatever difficulty you choose, whichever character you play as first, I hope these tips help and I hope you enjoy Resident Evil 2 as much as I did.