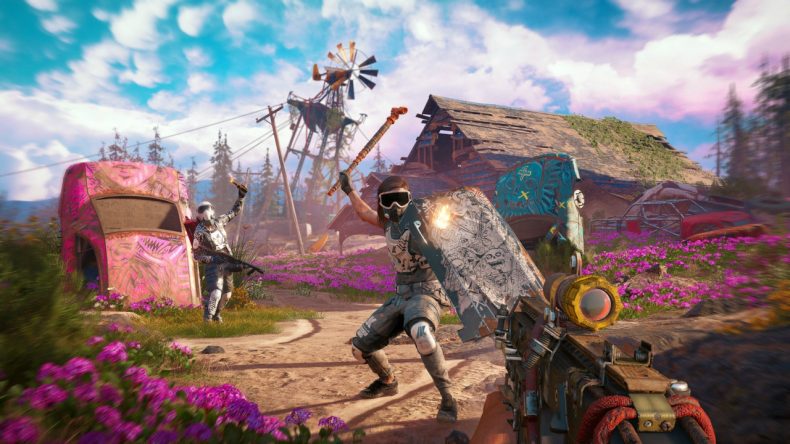 Ubisoft’s semi-sequel to last year’s sterling Far Cry 5 is here, and Chris White has reviewed it. Here’s a snippet:

“Far Cry New Dawn isn’t as robust as its predecessor, and the story is nowhere near as decent, but I still had fun re-treading old ground. It’s obvious something is missing as it never really feels like a sequel – more of a hefty expansion – and after encountering a couple of bugs that had me more than frustrated, I was left wishing Ubisoft Montreal had focused on something new, and on somewhere different to provide an entirely new adventure.”

But for those who prefer it, we’ve also produced a video narrated by our own slightly insane spiritual leader, Adam Cook. Check it out below.

Senior Content Editor Mick has been playing games for over 30 years and writing about them for around 12. After drifting from site to site for a while, settling briefly at the now-defunct Made2Game and freelancing for the gone-but-not-forgotten NintendoGamer Magazine, he came at last to rest at Godisageek. Mick has been a reviewer, staff writer and content editor here for some time, while also moonlighting a little for Red Bull Games. He has 4 kids, has written 2 novels, and sometimes even manages to pay a bill or two. You'll usually find him defending the galaxy in Destiny 2, battling evil in Diablo 3, or lurking in the background on Twitter. Find him there @Jedi_Beats_Tank, or on XBL (JediWaster247), PSN (Jedi_Waster) or Nintendo (JediWaster).
MORE LIKE THIS
Far Cryfar cry new dawnUbisoft