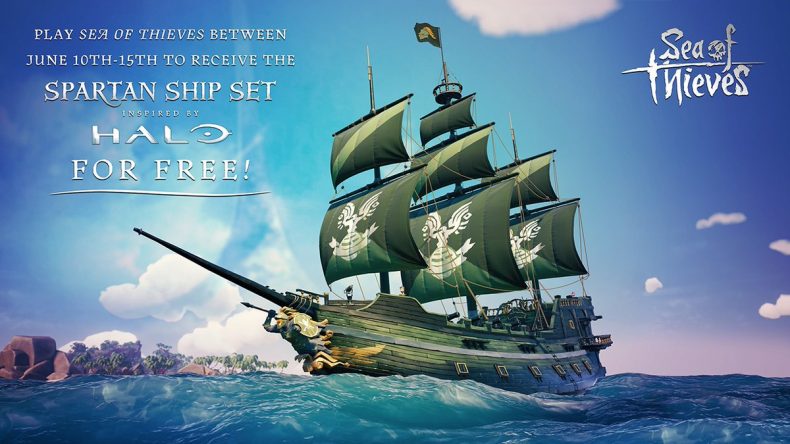 This is not a drill Sea of Thieves fans…just me? OK.

Announced via the official Sea of Thieves Twitter account is a collaboration between Rare and 343 Industries to bring Halo inspired ship customisations to the pirating adventure game.

To be eligible to snag the Master Chief figurehead as well as hull, sails and flag you will need to have played the Arena mode on the exhibition floor at E3, or to have logged in and played Sea of Thieves between 10 June and 23:59 BST on 15 June.

We’re proud to unveil the @Halo-inspired Spartan Ship Set, made in partnership with our friends at 343 Industries. Earn it by battling in The Arena on the E3 show floor OR by playing #SeaOfThieves at any time between now and 23:59 BST on Saturday! pic.twitter.com/GOrjvzmBzc

An update to the tweet confirmed that your cosmetic rewards will be forwarded to your account within 72 hours of you first logging in throughout the window.

You’d best suit up Spartan and I will see you on the seas.

Likes to shoot stuff and wear pretty shoes. Is a BEAST at Titanfall.
MORE LIKE THIS
343 industriesE32019HaloMaster Chief