previous
Watch Dogs: Legion will be the best open world game ever
random
next
What Is Xbox Live Gold and Why Is It worth It?
5 comments 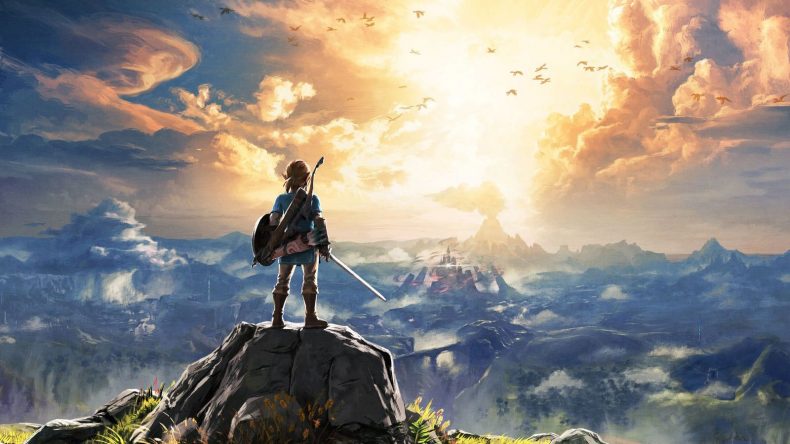 It was about 9 months ago, when I was covering the latest Nintendo Direct with Gary Bailey. When Isobel from Animal Crossing appeared on screen we both assumed the obvious: this was the long-awaited announcement of Animal Crossing on Switch, surely. So you can imagine our collective dismay when Isobel went on to announce her involvement in the upcoming Super Smash Bros. Ultimate. We were both surprised, a bit angry and more than a little sheepish that we’d let ourselves jump aboard the hype train that so often ends up calling at the station of disappointment.

But, Nintendo – as is becoming abundantly clear – are wily old dogs when it comes to these announcements. It turned out that Isobel’s appearance wasn’t just to reveal her inclusion in Smash Ultimate, but was, as Gary and I had predicted, to reveal the new Animal Crossing title. A game incidentally that we now know is coming March 20, 2020 in the shape of Animal Crossing: New Horizons. Cue the second feeling of sheepishness as we’d been fooled twice in two minutes.

Fast-forward to this year’s E3, and I reluctantly admit that it happened again, although in my defence, Nintendo have clearly upped their game. Thankfully I saw through the “Banjo-Kazooie in Smash” reveal misdirection (because fool me twice, shame on me after the King K. Rool reveal shenanigans). That blink-and-you’ll-miss-it Jiggy hurtling across the screen was enough for me to give off an involuntary whelp of excitement. That and the satisfaction that I’d seen through their ruse this time around. No amount of Duck Hunt dancing was going to throw me off the scent. Oh, how naïve I was. Nintendo always has the last laugh, it seems.

Nintendo’s holding pattern for Directs is to save a big reveal for the end, a crescendo, a final flourish, with the aim of keeping tongues wagging long after that final logo animation and click soundbite. So with updates on Animal Crossing and Luigi’s Mansion 3, my mind was racing as to what it could be. Would it be Bayonetta 3? Could it even be a first look at Metroid Prime 4? Would it be a new Star Fox or even an F-Zero title? (Yes, I know I’m probably the last one who wants it at this point, but a man can dream!)

Aa the camera panned out from some mystical green goo, it became apparent that this was looking incredibly similar to Breath of the Wild. And no sooner had I thought it, than two characters looking very much like Link and Zelda were there snooping around. The logical part of my brain assumed the obvious. “Oh, some meaty DLC content for Breath of the Wild?” I thought. My mind was awash with how clever this was given most people, despite spending maybe 100s of hours with the game, had probably bounced off it to other things, and this would bring them back. How this would satisfy those who were maybe bemoaning that the latest Zelda offering was a remake of a game that was over 25 years old. It looked a lot darker in tone as well, compared to the original (if you can call wholesale devastation “light”), so this felt like it would feel significantly different to what had come before.

In reality, it was all of these things and more. As the screen faded to black and simple text dropped a gaming bombshell, I was gobsmacked, completely blindsided by the words in front of me. Not DLC, but, crazily, a direct sequel to the best-selling game in the series. On that fact alone it’s not a ridiculous announcement, but a game on the scale of Breath of the Wild felt years away (and, in all likelihood, still is) hence why a reveal like this was so surprising.

The look of disbelief on my face became one of abject shock. It evolved from simple surprise at an announcement I most definitely wasn’t expecting to the growing realisation that I’d been tricked again. Nintendo had done me once more, by subverting my expectations, making me assume one thing only to reveal another. You’d think after all these years of following their Directs and E3 presentations that I’d be used to this by now, an expert at spotting the big twist. But I’m clearly not, and to be honest I’m glad of that. It keeps the magic alive, and is why I still tune into their Directs (particularly E3) with a sense of wonder. In that respect, Nintendo, please don’t ever change, keep us guessing always. That, and maybe a new F-Zero game OK?