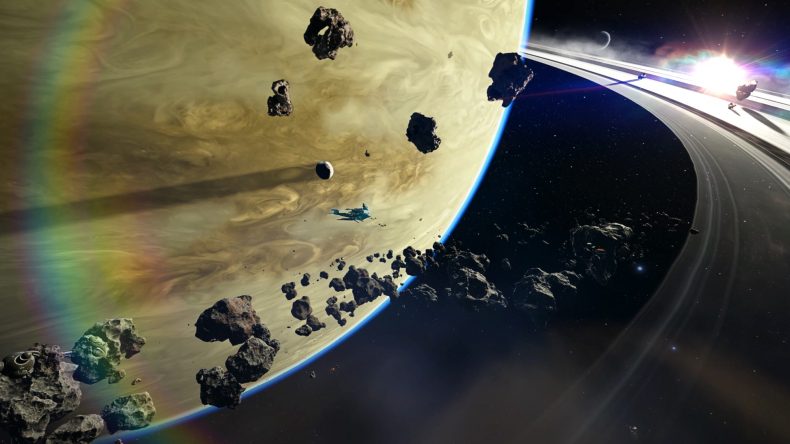 Empyrean, the next-level co-op update for the ever-popular shooter Warframe, has arrived on PlayStation 4 and Xbox One.

This new content is based around co-op, bringing the Railjack battleship to the front lines of space combat. Comprising of crews of up to four players, the battleship will require communication and co-operation in order to keep the weapons online and to repair damage in real time, even repel boarding parties. Not unlike a spacefaring version of Sea of Thieves.

Digital Extremes says that Empyrean can still be played solo, but it is primarily designed for teams, with difficulty and progression geared towards team play. However, if you’re not sure, you can jump into Free Flight Mode, which allows you to try out the Railjack without fear of being blown out of the sky.

The Railjack comes with a host of upgrade options and new powers, including the ability to shoot yourself onto Grineer vessels using Archwing Cannons, in order to commandeer their ships. Providing you can survive the fight. For more information on Empyrean’s new upgrade systems, including Railjack aesthetics and ship upgrades, and the new Intrinsics progression system, head to the official site.

Warframe: Empyrean is now available for free on PlayStation 4 and Xbox One, alongside the PC version. The Nintendo Switch version will arrive early in 2020.