previous
Ancestors: A Humankind Odyssey is flawed but fascinating
random
next
Activision Blizzard is partnering with Google for exclusive streaming
0 comments 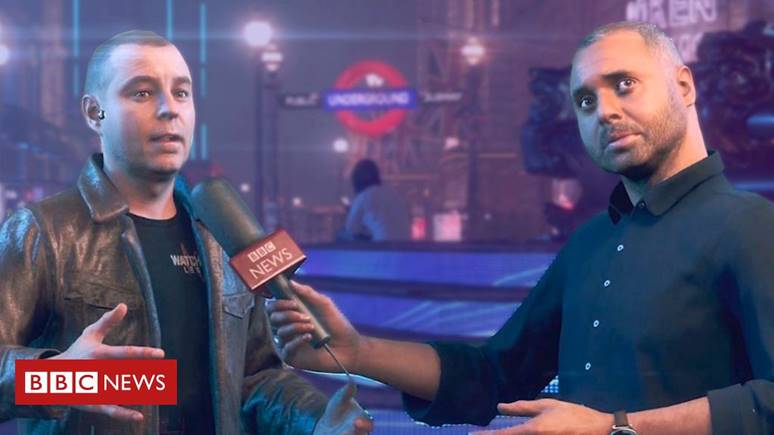 The BBC has conducted its first in game interview with the creator of Watch Dogs: Legion.

BBC Click Journalist Marc Cieslak discussed the upcoming game with Clint Hocking, the Creative Director on Watch Dogs: Legion. In a first of its kind, both donned motion capture suits and conducted the interview within the game world itself.

The interview takes place within the virtual Piccadilly Circus in London and discusses the use of real world events like Brexit as the backdrop for the game.

Watch Dogs Legion is the third instalment in Ubisoft’s franchise and is due for release sometime in 2020.

Likes to shoot stuff and wear pretty shoes. Is a BEAST at Titanfall.
MORE LIKE THIS
watch dogs: legion