previous
KT Racing Teams Up With Top Riders for TT Isle of Man: Ride on the Edge 2
random
next
Kunai is coming to PC and Switch on February 6
0 comments 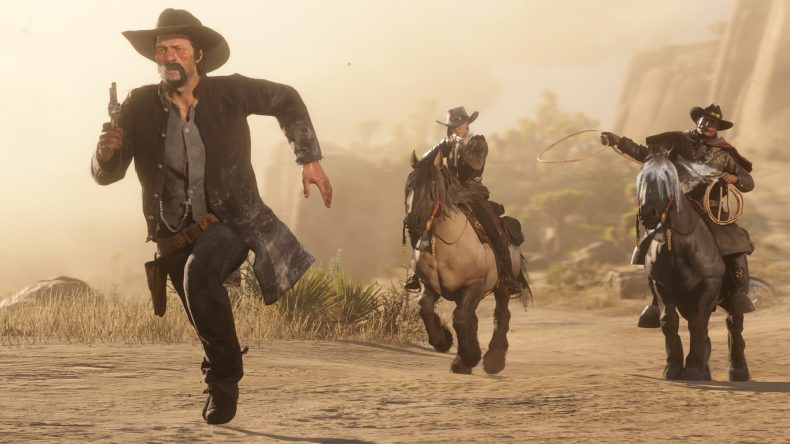 Bounty Hunters, Traders and Collectors are being given a big ol’ boost this week in Red Dead Online, with 25% extra Character XP and Role XP for taking on Role-specific Free Roam events. Assuming you’ve hit the associated Role rank, of course. Check out these events for that sweet boost:

DAY OF RECKONING
Compete against other Bounty Hunters to capture wanted targets and return them for points, with the more dangerous or difficult ones being worth more. (2-8 Players, Requires Bounty Hunter Rank 4)

MANHUNT
Bounty Hunters must work together to apprehend wanted targets across a designated area, many of which are defended by equally armed and dangerous henchmen. (2-12 Players, Requires Bounty Hunter Rank 4)

TRADE ROUTE
Here Traders get to show off their defensive skills as all participants must safeguard a train laden with goods from attacking bandits. (2-12 Players, Requires Trader Rank 4)

CONDOR EGG
A rare and valuable Condor Egg has been spotted in the area – find it before your opponents do to reap the benefits. (2-12 Players, Requires Collector Rank 4)

SALVAGE
A wreck has scattered valuable collectibles across the designated area. Find as many as you can but be careful as enemy bandits are also scouring the terrain and will attack to protect what they’ve found. (2-12 Players, Requires Collector Rank 4) Meanwhile, this week’s featured Free Aim series is Last Stand, which pits players against one another in a free-for-all battle to be the last one standing. Last Stand is available via Featured Series until January 20th.

This week also sees Rifles discounted by 30% from local Gunsmiths or via the Wheeler, Rawson and Co. catalogue for all players. Those wanting to become a Bounty Hunter, Trader or Collector can now get their respective starter kits with a discount of 5 Gold Bars, though the Collector’s Bag is still free to all players linking their Rockstar Social Club account with Twitch Prime.