previous
Captain Tsubasa: Rise of New Champions has been announced
random
next
A Resident Evil 3 Collector's Edition is on the way
0 comments 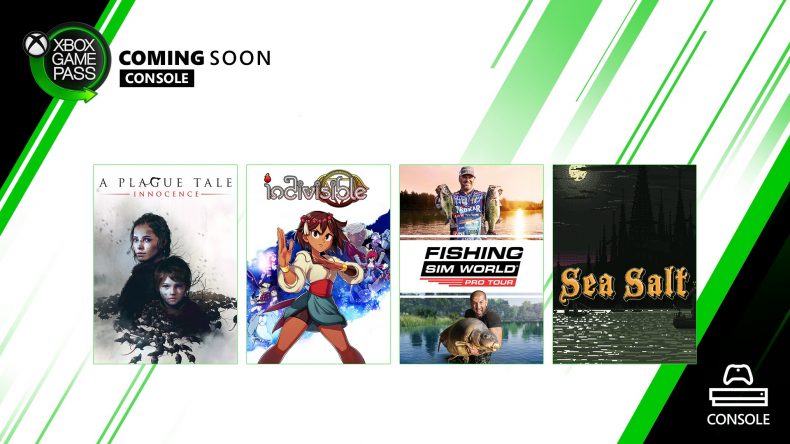 The games have entered the "Coming Soon" phase. it's only a matter of time before they reach their final form, "Available Today"

Those four games are all coming before the end of the month, which should help with those January blues.

Sea Salt is an action strategy hybrid, in which you are an old god summoning unfathomable horrors to blight the human lands. By summoning a tide of minions, your army will emerge from the sea to take vengeance on the religious figures who have dared to defy you… and anyone else that stands in your way. You will have your sacrifice, and humanity will pay for denying you what you are owed.

Head here if you want any more information on the new additions, as well as current Xbox Game Pass Quests.

MORE LIKE THIS
a plague tale: innocenceID@Xboxindivisiblexbox game pass