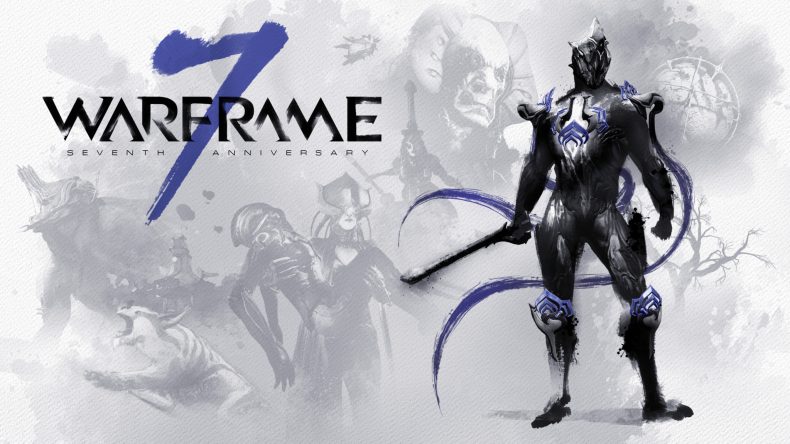 How has it been seven years since Warframe first arrived on the scene? It’s changed rather a lot over the years, to the point that the original game would be unrecognisable to today’s players.

Digital Extremes wants to celebrate its community, whether you’ve been there since the beginning or have only just dipped your toe into its waters, by calling for submissions to design the next Warframe. Players jumping into Warframe will also earn themselves a free Dex Armour on all platforms (PlayStation 4, Xbox One, Nintendo Switch and PC), as well as other in-game freebies throughout each weekend in March. These will include previous Dex weapons and glyphs, etc.

For big fans of the game, there will be limited edition merchandise for the Warframe 7th Anniversary, including a Japanese-stylised poster, plus a commemorative pin and t-shirt. Seems like a good time to jump back into Warframe, or maybe try it for the first time…

The Saint of Altra update for Warframe has landed