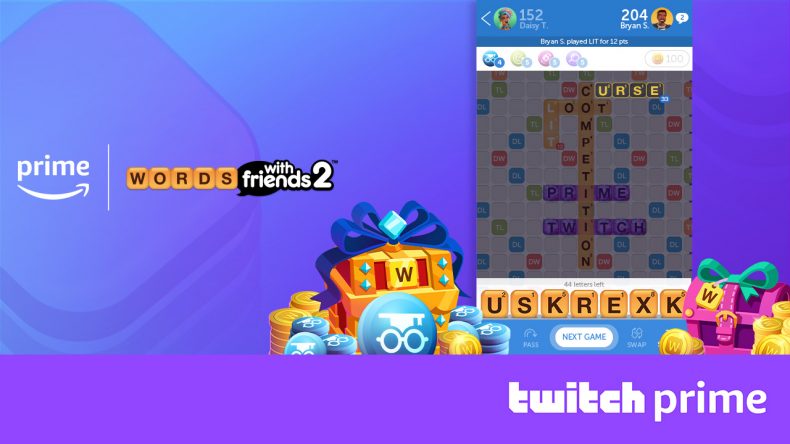 Zynga has announced a collaboration with Amazon to bring free content to Amazon Prime members in one of Zynga’s most popular franchises – Words with Friends.

From today, Prime members can claim free mobile game content such as mystery boxes and exclusive tile styles within Words with Friends 2.

Speaking on the announcement, Bernard Kim, President of Publishing at Zynga had this to say: “Games like Words With Friends have an innate ability to keep people in touch with their loved ones, whether they’re just up the street or thousands of miles away. Now more than ever, games are an important source of connection and enjoyment around the world, and we believe that teaming with Amazon will give us more ways to surprise and entertain our players.”

Ethan Evan, Twitch Prime VP said: “Working with a global leader like Zynga and an iconic title like Words With Friends exactly supports our vision of helping Prime members have even more fun playing games with their friends on any platform.”

Words with Friends 2 is available for download on the App Store for iPhone and iPad, and on Google Play for Android devices.

Likes to shoot stuff and wear pretty shoes. Is a BEAST at Titanfall.
MORE LIKE THIS
AmazonAmazon Primetwitch primewords with friends