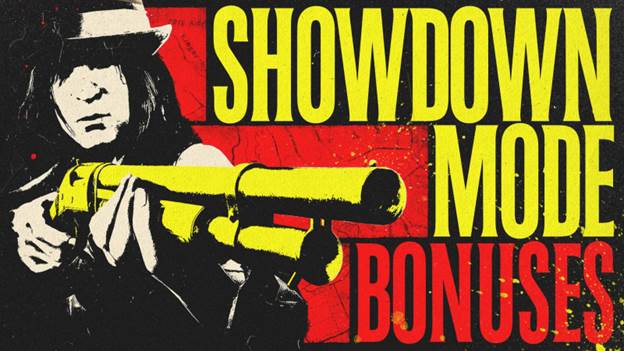 While it’s not a big week in terms of bonuses this week, there’s still plenty of new content in the latest Red Dead Online update.

The Showdown Series gains four new maps, each of which sees players starting out with just a fistful of throwing knives. It can get much deadlier pretty quickly however, with shotguns dotted around each map.

Here’s the official info on the new maps:

A good, old-fashioned turf war in the arid climes of Pike’s Basin. The rules are simple: Capture and retain the most territories to win. It’s surviving and holding on that are the hard part

Just to the north of the Annesburg Mines, the great state of New Hanover plays host to a deadly game of capture. Defend your stockpile from enemies while stealing from them at the same time. Whichever team steals the most wins. Other players no longer appear blipped on the mini-map in this new Showdown map.

Take control of unclaimed loot in the long grass and murky waters of Stillwater Creek, returning it to your team’s home base to outscore your rivals. Other players no longer appear blipped on the mini-map in this new Showdown map.

Up in Smoke – Kamassa River

The calm waters of the meandering Kamassa River are the backdrop for this frenetic and explosive mode. All players start out carrying a package — the goal is to deliver said package to your enemy’s camp without getting killed. Whichever team delivers the most or all of their packages by the end of the game will destroy the enemy base for good. Other players no longer appear blipped on the mini-map in this new Showdown map.

Playing this week’s Featured Series, or any Showdown Series, will also net you double XP until April 13th.

Finally, Rockstar has announced that 5% of all revenue from Red Dead Online and GTA Online in-game purchases, until end of May, will go towards relief for those affected by COVID-19.