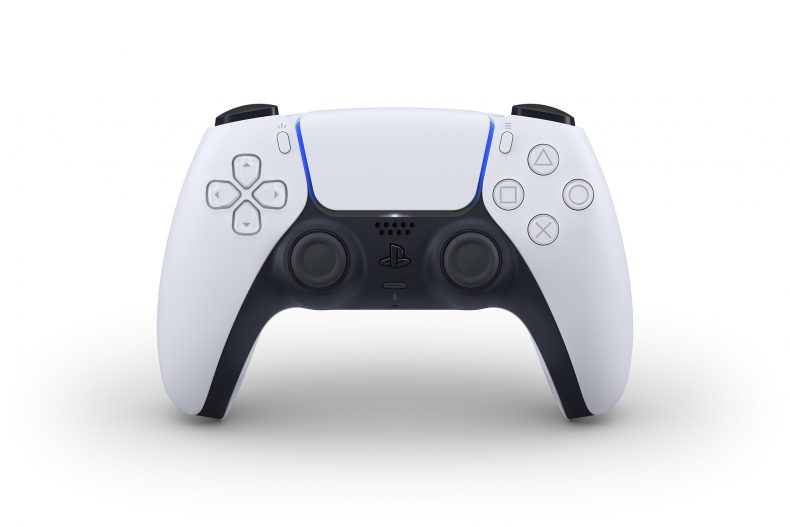 It’s been six months since the PlayStation 5 was announced, along with details of its new controller, but last night Sony finally showed us a concrete glimpse of its future.

Okay, so we haven’t seen the console or anything of its launch line-up, but we did see the new controller that will ship with the next PlayStation. No, it’s not the DualShock 5 as you might have expected, it’s called DualSense. It’s two-tone too, which is an interesting choice and may point to a two-tone design for the console itself. We’ll have to wait for that showing, though. Sony says of its new controller:

For the buttons, you’ll notice there is no longer a “Share” button as we had with DualShock 4. Don’t worry – it’s not going away. In fact, we’ve built upon the success of our industry-first Share button to bring you a new “Create” button feature. With Create, we’re once again pioneering new ways for players to create epic gameplay content to share with the world, or just to enjoy for themselves. We’ll have more details on this feature as we get closer to launch.

The DualSense also has a built-in microphone array, meaning you can chat with friends without needing a headset.

The light bar has also moved. Rather than sitting on the top of the controller like with the DualShock 4, it now sits either side of the touch pad. Frankly, it makes the controller look like something out of a sci-fi movie.

Jim Ryan, President and CEO of Sony Interactive Entertainment, had this to say:

DualSense marks a radical departure from our previous controller offerings and captures just how strongly we feel about making a generational leap with PS5. The new controller, along with the many innovative features in PS5, will be transformative for games – continuing our mission at PlayStation to push the boundaries of play, now and in the future. To the PlayStation community, I truly want to thank you for sharing this exciting journey with us as we head toward PS5’s launch in Holiday 2020. We look forward to sharing more information about PS5, including the console design, in the coming months.

So it seems, much like Xbox Series X, there’s no budging on that “Holiday 2020” launch date for PlayStation 5.

What do you think of the new DualSense controller? Let us know!