previous
Ooblets may be in Early Access, but there's already so much to love about it
random
next
Project xCloud Will Join Xbox Game Pass Ultimate in September
1 comment 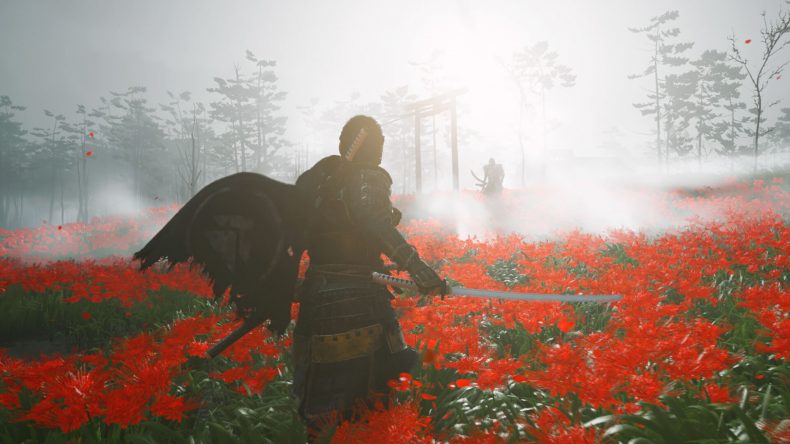 With the final (?) PlayStation 4 exclusive Ghost of Tsushima releasing this week, PlayStation UK brought in Japanese film critic, Jasper Sharp, and manga comic creator Chie Kutsuwada, to put together a list of Japanese films and comics that you might may want to check out ahead of Sucker Punch’s new game.

Ghost of Tsushima is steeped in Japanese culture and draws on the island’s rich history, which has been a source of inspiration for many film directors and manga comic creators. The game itself has been credited by producers as heavily influenced by the likes of renowned Japanese filmmaker, Akira Kurosawa, and even includes a posthumous nod to him with the inclusion of gaming feature “Kurosawa Mode”. This feature mirrors Kurosawa’s filmmaking style and allows players to explore from a black and white cinematic mode.

Credited as one of Japan’s best-known titles overseas, Kurosawa’s masterpiece shows the tale of a group of samurais hired by a village of farmers to fend off the regular attacks of a group of marauding bandits. The film, which directly influenced Ghost of Tsushima, vividly brings to life the ways of a samurai, showing their fight with dignity and heart.

The life of the master swordsman Musashi Miyamoto, famed for his two-handed fighting technique, has been filmed many times. Inagaki’s epic saga charts his path along the Bushido way of the warrior through his numerous duels and battles, across the decades from his impetuous youth to his moment of spiritual awakening. The film’s rousing fight scenes gave international viewers their introduction to the ethics and codes of the samurai, which lie at the heart of the storyline of Ghost of Tsushima.

Masaki Kobayashi’s anthology of four classic ghost tales from old Japan is a beautiful creation, with its prowling camerawork from a supernatural perspective and exotic art design based on traditional samurai period architecture. The epic portrait of the legendary battle of Dan-no-ura of 1185, in which the warriors of the Heike clan were wiped out, is inspired by Japanese art such as 13th century emaki picture scrolls.

A masterless samurai roams through the landscapes of feudal Japan, trundling his infant son along with a hidden arsenal of deadly weapons, as they seek revenge against the evil warlord who killed his wife. With striking shots that burn into your brain, this six-film adaptation of a famous manga series is both highly stylish and incredibly violent.

Hayao Miyazaki’s gripping anime takes the late Muromachi Period (1336 to 1573) as its setting, adding a twist of fantasy to its richly drawn historical detail in an expansive tale of adventure set in a world caught in conflict between nature and industrialisation. It was the highest grossing Japanese film of all time upon its release.

Zatoichi is an itinerant blind master swordsman, with a penchant for gambling, who sliced and diced his way across Edo-era Japan (1603 to 1868). Righting wrongs while masquerading as a masseur, this is one of the most celebrated films within the ‘chanbara’ samurai action genre.

Kiriya’s visually dazzling action spectacle focuses on the power struggles that lead to the end of the Warring States era of the 16th century, and is one of a few films based on the mythic figure of Goemon Ishikawa, a Robin Hood like character famed for his ninja skills.

Maverick cult filmmaker, Takashi Miike, breathed new life into the samurai film in his remake of a 1963 classic. Set in 1844, the film adheres closely to the Seven Samurai template, featuring a band of samurais who come together to overthrow a despotic lord for the greater good of society. Also another fan-favourite film which inspired Sucker Punch’s creation of Ghost of Tsushima, and Jin’s way of life. A classic saga that is built around fantasy with historical inspiration, this manga series explores both the future and past with one reoccurring theme – the characters’ fates all revolve around an immortal phoenix. The ultimate symbol of strength and renewal, this collection explores Japanese history and myths, particularly from the Yayoi Period (circa 300BC).

This is a great mixture of sword fighting, dark human drama, and Japanese folklore set in the Sengoku era (1467 to 1615). The vengeful and determined protagonist hunts supernatural monsters with his katana sword, in order to regain his body parts that his father sacrificed to demons in exchange of fulfilling his greedy ambition.

Widely known as a classic samurai story with a twist from the 70’s, this manga sees a vengeful samurai travel with his son to seek revenge for his murdered wife – despite as a samurai, their teachings asking for patience, self-discipline and honor.

Set in the early Edo period (1603 to 1868), this series sees Musashi as an anthropomorphic animal named Usagi Yoginbo. A light-hearted escape, the comics explore Japanese culture and folklore, such as Yokai (Japanese mystical creatures). It was even one of Sucker Punch’s inspirations for Ghost of Tsushima, thanks to its romantic tale of the wandering samurai.

This is a fictional action drama with a lot of exciting, bloody fighting. The samurai protagonist kills his wicked master, and at the fate of karma, becomes an immortal being at the hands of an old mysterious nun. But the story doesn’t end there – he is then hired as a bodyguard by a girl who is looking for a villain who killed her father, and their adventure begins.

A fun and exciting sword fighting fantasy, set in both the modern day and Sengoku era (1467- 1615), Inuyasha allows you to explore two different time periods through the eyes of the half demon protagonist, while having an adventure with a girl from 20th Century Japan.

A depiction of the heralded samurai from the 16th Century, Musashi Miyamoto, Vagabond will take you on a beautifully designed, artistic tale of the samurai’s philosophies and show you how Musashi matures into a great swordsman and philosopher.

Set in the Tokugawa shogunate era (1600 to 1868), this is one of the best alternative history mangas. The story starts with the male population slowly becoming extinct from an unknown disease, resulting in a powershift with women becoming ‘shoguns’ – military dictators. This manga explores the uniqueness of samurai hierarchy and how different society can be.

One of the best manga to understand Bushi-do – the codes of an honorable samurai. One code that will undoubtedly stick with you is that the way of a samurai is death and the preparedness to face death for right and honor.

This is a manga version of one of the very last books Musashi wrote himself – it delves into the art of the swordsman, and he asserts that knowing the way of life is the way to gain virtue and strategy as a samurai. Ghost of Tsushima’s Jin, will go through a similar journey as he endures hardships to defend his home.

Ghost of Tsushima arrives on PlayStation 4 this Friday, July 17th.