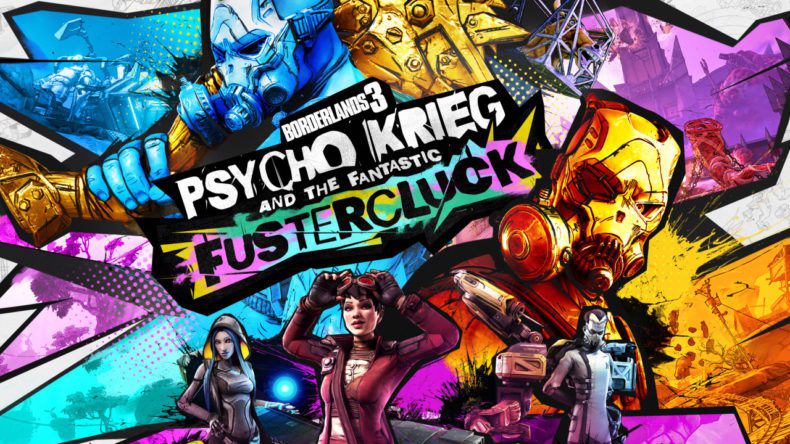 The fourth instalment of the Borderlands 3 campaign is out now. Psycho Krieg and the Fantastic Fustercluck brings with it a brand new campaign add-on and increases the level cap.

The synopsis is that scientist Patricia Tannis has created some absurdly advanced technology, and the entirety of the campaign takes place in the messed up consciousness of Psycho Krieg. Tannis has become convinced that this is the key to the mythical “Vaulthalla” and sends you into Krieg’s mindscape to find the answers.

Psycho Krieg and the Fantastic Fustercluck is the fourth campaign add-on included in the Borderlands 3 Super Deluxe Edition and Season Pass. It is also available to purchase separately, although players will need to own a copy of the base game in order to play the add-on content. To access the DLC, players will need to look for a psycho mask in Tannis’ lab aboard Sanctuary II.

Along with the launch of the DLC, Borderlands 3 is also getting a free patch that will increase the level cap for all players. Vault Hunters can now unlock five additional levels and skill points on their way to the maximum level cap of 65. This marks the last planned level cap increase for the foreseeable future.

For those interested in what is next for Gearbox and Borderlands 3, you can tune into the Gearbox PAX Digital Showcase during PAX Online this weekend – 12 September at 12:45p.m. Pacific Time via the Twitch channel.

Likes to shoot stuff and wear pretty shoes. Is a BEAST at Titanfall.
MORE LIKE THIS
Borderlands 3DLCGearboxPAX