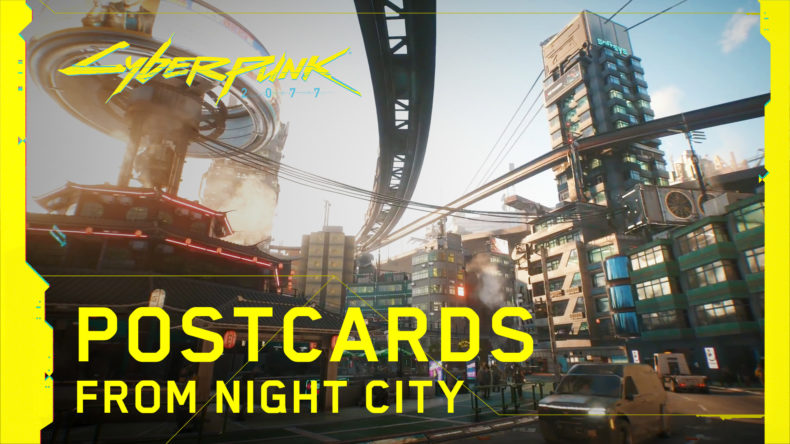 Cyberpunk 2077 is two months away (near enough) and CD Projekt RED has shown off yet more new gameplay from the upcoming action RPG in the third episode of its Night City Wire series.

Which you can watch here, of course:

Perhaps you don’t fancy watching the whole episode. Maybe you’re just too excited to wait for the good bits? Well, we’ve got you covered there, too. Well, CD Projekt RED does, we’re just relaying the information because we like you.

First up, it’s a bit of a “Wish You Were Here” on the locations of Cyberpunk 2077. Only with considerably less Judith Chalmers. This video explores never-before-seen places and characters, while delving a little into the lore of this dangerous metropolis.

This one probably speaks for itself, really. Gangs of Night City “profiles some of the most notorious groups operating within and beyond the city walls whom players will be making deals with, fighting against, or both in order to survive.”

Finally, the third episode of Night City Wire wrapped up by focusing on its Cyber-up Your PC contest, showcasing the finalists’ creations and announcing the winners.

Cyberpunk 2077 arrives on November 19th for PlayStation 4, Xbox One and PC, with a Google Stadia version launching later in the year. At a later date, a free Xbox Series S/X and PlayStation 5 upgrade will be available for owners of the current gen versions.