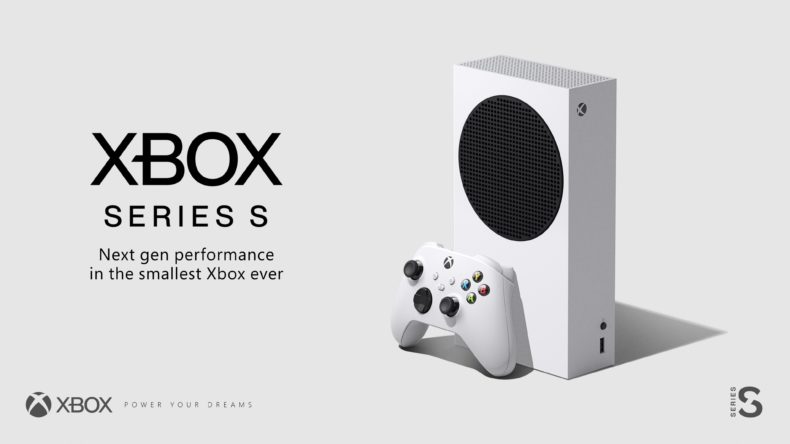 At the unusual time of 8:13 am this morning, Microsoft has announced the Xbox Series S console and pricing. At an incredibly reasonable $299/£249 for the adorable little white box, consumers will have access to an all digital next gen console. The Series S is promising to the smallest Xbox console to date, so although details are sparse right now we at least know that this isn’t going to be a PS5 behemoth of a box.

Due to the unquestionable success of GamePass, it’s likely that the lack of physical disc compatibility won’t be a sticking point for many gamers. We have no word from Xbox on the technical specifications of the lower end next gen console (although this has been promised soon) so we’ll have to see if 4K or 120 FPS are going to be an option for the new little box.

It is incredibly likely that the Xbox Series S will be the lowest cost of all next gen consoles, especially if all of the rumoured financing options mean that you’ll be able to subscribe to GamePass and get a new console for one reasonable monthly fee.

Although the timing of the Xbox Series S console and pricing announcement seems odd, there is a potential reason for this early morning announcement. Late last night there were some considerable leaks about the pricing of Xbox’s next gen offerings, which it seems rather likely influenced this decision.

Regardless of why it happened, it was very exciting to wake up to our first next generation pricing news. With a low cost that’s hard to resist, we may see a large number of Sony fans snatching up a Series S just to be able to sign up to GamePass. Hopefully we’ll soon get more information about the pricing of the other next gen offerings.