previous
Which casino software providers make the best gambling games?
random
next
Physical editions of both Ori games to release for Switch in December
0 comments 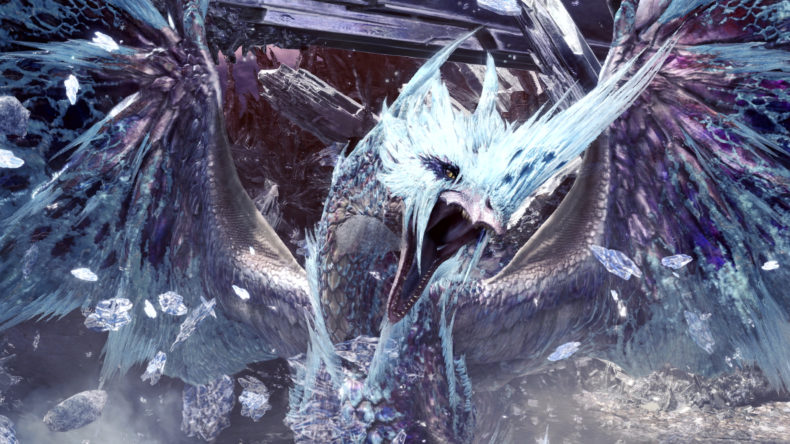 Monster Hunters standby as Capcom has announced that the fifth free update for Monster Hunter World: Iceborne arrives today on PlayStation 4, Xbox One and PC via Steam.

The latest update will bring players back to the Old World to face off against legendary Black Dragon Fatalis. The development team have provided a developer update video that goes into more detail about the content that arrives with the latest free Monster Hunter World: Iceborne update.

As well as the arrival of Fatalis, players can look forward to a seasonal Fun Fright Festival, Arch-Tempered Velkhana as well as much more.

Arch-Tempered Velkhana is part of a limited-time event quest that arrives on October 16. This is a more powerful form of the flagship Elder Dragon that wields frozen attacks on Hunters. Defeating this dragon will provide necessary materials for Hunters to forge advanced Palico gear, weapons and armours featuring new set bonus skills.

The new Fun Fright Festival seasonal event will run from October 16 until November 5. Seliana’s Lunar Terrace will be decorated like a graveyard. The Gathering Hub will also join in with tricks and treats such as a new spectral Poogie costume, seasonal Palico Gear, paid seasonal Handler costume, new snowman design and teeth-rotting sweets at the canteen. Hunter can redeem tickets from login bonuses, seasonal bounties and event quests to obtain new Demonlord α+ armour and new layered armour such as the Skull Scarf, Kadachi Scarf and more.

The update will also bring with it some gameplay adjustments, such as the Clutch Claw Boost skill that can be equipped and will allow the wearer to wound monster parts more easily and create more slinger ammo drops.

New melding options have been added including a new list of decorations to craft and the ability to upgrade charms. Fashion Hunters will now be able to craft Layered Armour of any set in game as well. There are also a number of new Squad Card and Guild Card designs to display your Hunter’s achievements.

The update also includes new paid for DLC for Your Room featuring giant skulls and bones, and is arriving today.

Likes to shoot stuff and wear pretty shoes. Is a BEAST at Titanfall.
MORE LIKE THIS
Capcommonster hunter world: iceborne