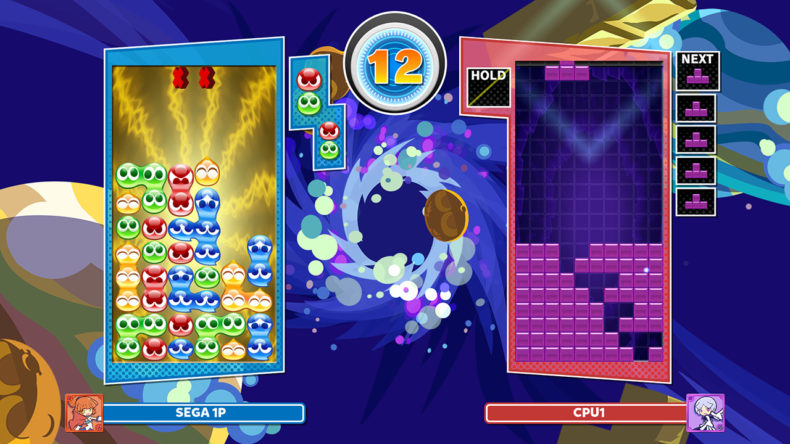 Two of the greatest puzzle games are coming together again this December, and in a new trailer Puyo Puyo Tetris 2 showcases new modes playable when it releases. With multiple ways to play online and locally, Sega are promising a ton of features for the upcoming crossover.

“In Skill Battle mode, players will create teams of three from selectable characters in either Puyo Puyo or Tetris gameplay settings and use their unique skills to create the ultimate lineup.

Each character starts out with a single specialty and learns more powerful skills as you play with them. Selecting characters with complementary skills becomes a key strategy for winning a Skill Battle match. As you play, you’ll pop Puyos and clear Lines, sending Garbage Puyos and Blocks to the other player’s board. When the Garbage falls, your opponent loses HP. If their HP hits 0, you win!!

Puyo Puyo™ Tetris® 2 offers fun for all types of players, including Leagues for experienced gamers and a Free Play mode for fun and casual gameplay.

Building onto Puzzle League from the previous game, three additional Leagues have been added: Tetris League, Puyo Puyo League, and Skill Battle League. These Leagues provide a competitive space where you can match your strategy and talents against other pros and see how you rank amongst the world’s best. Free Play, brought over from Puyo Puyo™ Tetris®, lets you play at a more casual pace with any ruleset and without the pressure of rankings.”

As someone who thinks both Puyo Puyo and Tetris are great, I should make sure to play the crossover game this time. Sega will be releasing on next gen and current consoles on December 8th, with the PC launch coming early next year. I think it might be a perfect game for Switch, but maybe it’ll be worth getting on a next gen console too.

MORE LIKE THIS
next genpuyo puyoPuyo Puyo Tetris 2Puzzle game