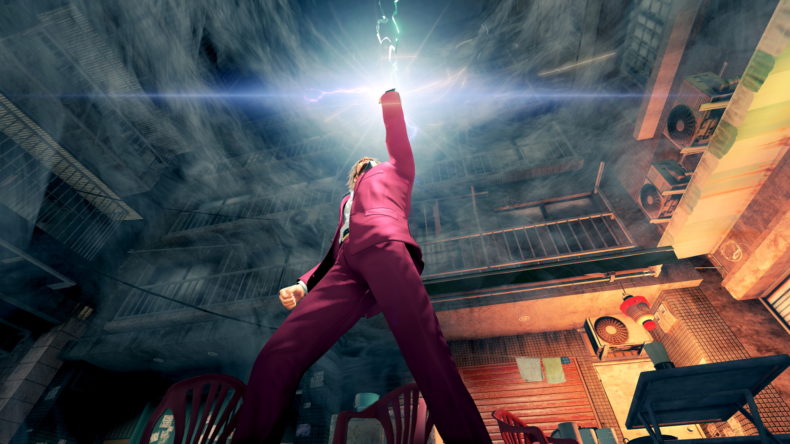 It’s difficult to talk about Yakuza: Like a Dragon without sounding like a fanboy about it, breathless and excited, unable to form full sentences because of how it left me feeling. But I have played a lot of Yakuza over the years, so to establish some calm I’m going to tell a story about a single experience I’ve had playing Like a Dragon, with no opinions, pure objectivity: these are the facts; this is what happened.

Like many open-world games, when previewing them, it’s tricky to know what to do. Do you mainline the story, or try to engage in the place instead, and see what it can offer. I usually try both, and after completing a mission I saw a gentlemen being accosted for baby formula down an ally. Being part of the “hero” program, I decided to help him out and beat the bad guys up using the turn-based combat (which we’ll come to), before chatting to him.

It turns out he’s a new father who is working all the hours God sends to make a better life for his family, only he’s having marital problems and they barely talk at all. His wife is snappy and cold to him, and he doesn’t understand why. As the main protagonist, Ichiban Kasuga, I decide to tell him that maybe she’s struggling more than he knows, maybe him being away all the time isn’t a good thing. I should add, this heart-to-heart chat takes place after a fight where my friend blew some kind of fire out of his mouth to defeat an enemy. We chat further and then a baby screams from a window above, and our talk has spurred him on: he wants to be a better father, not a harder worker. 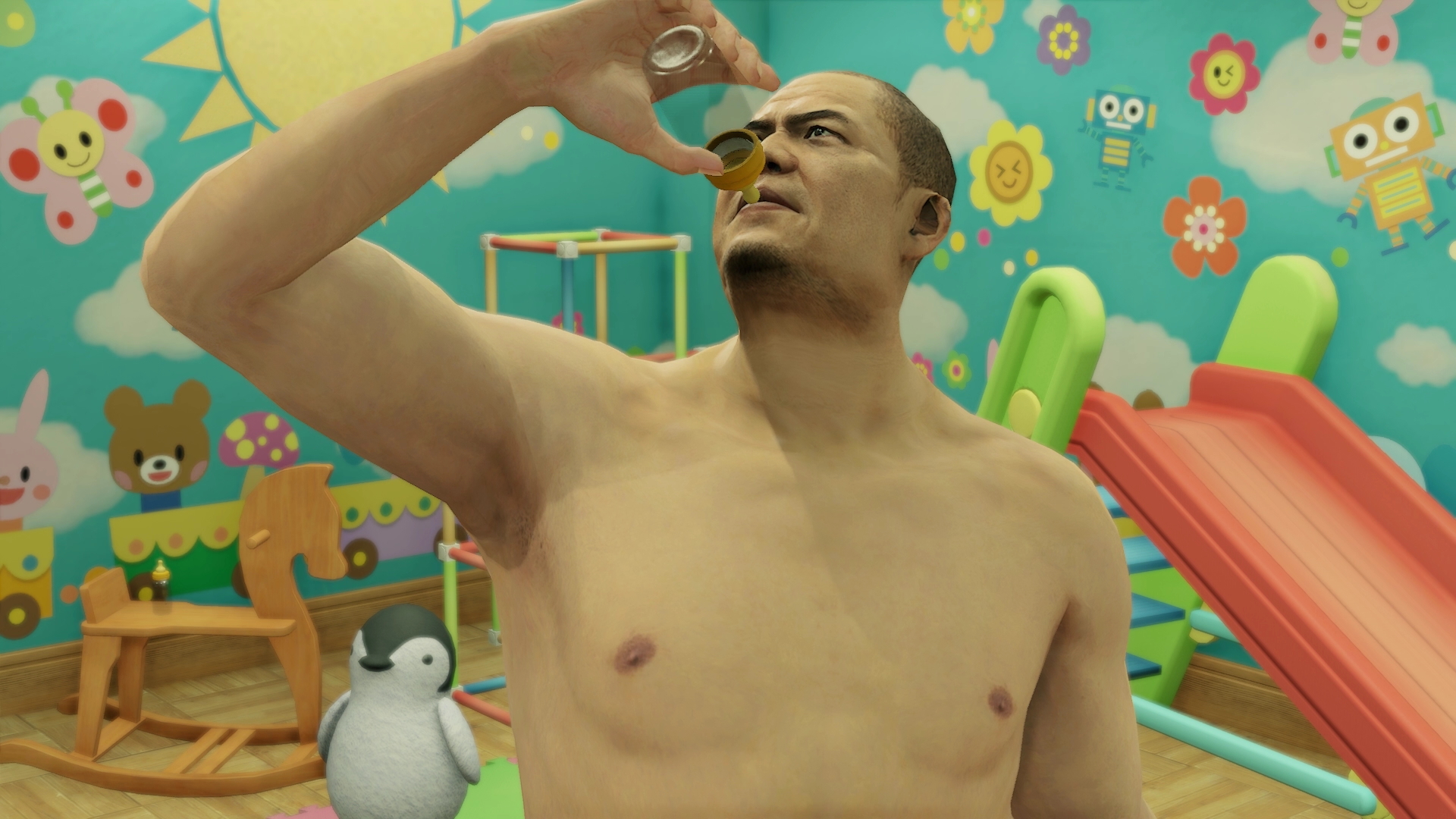 His job is to fetch hot towels, mine to get warm water, so I run off to a cafe and get it, and I come to meet him outside again. We go in, and the babies crying… aren’t babies. They are adult Yakuza men in nappies rolling around, playing at being babies. The aggressors outside the building wanted their formula for the boss-man, as they like formula, because they’re babies, after all.

Paraphilic infantilism aside, these are Yakuza and they aren’t happy that Kasuga-San has burst into their fun time. A fight ensues, and I win, and as they pant on the floor, defeated, my new-father-friend and I explain the whole silly mix-up. Then, while still in nappies, the Yakuza boss delivers a heartfelt speech about how his wife must be struggling, as she has to look after the baby all day while he’s at work. New-Dad realises he’s in the wrong, and that his wife is exhausted, and he needs to work less and talk more. Again, they’re in nappies doing this.

Then the Yakuza boss decides he likes us and he adds himself to our Pound Mates options (he’s basically an ability you can summon in battle now for a price), and we celebrate by drinking baby formula together, before the camera fades to black, strongly suggesting Kasuga-San is forced into some phsychosexual infantilism play along with his new Yakuza mates. 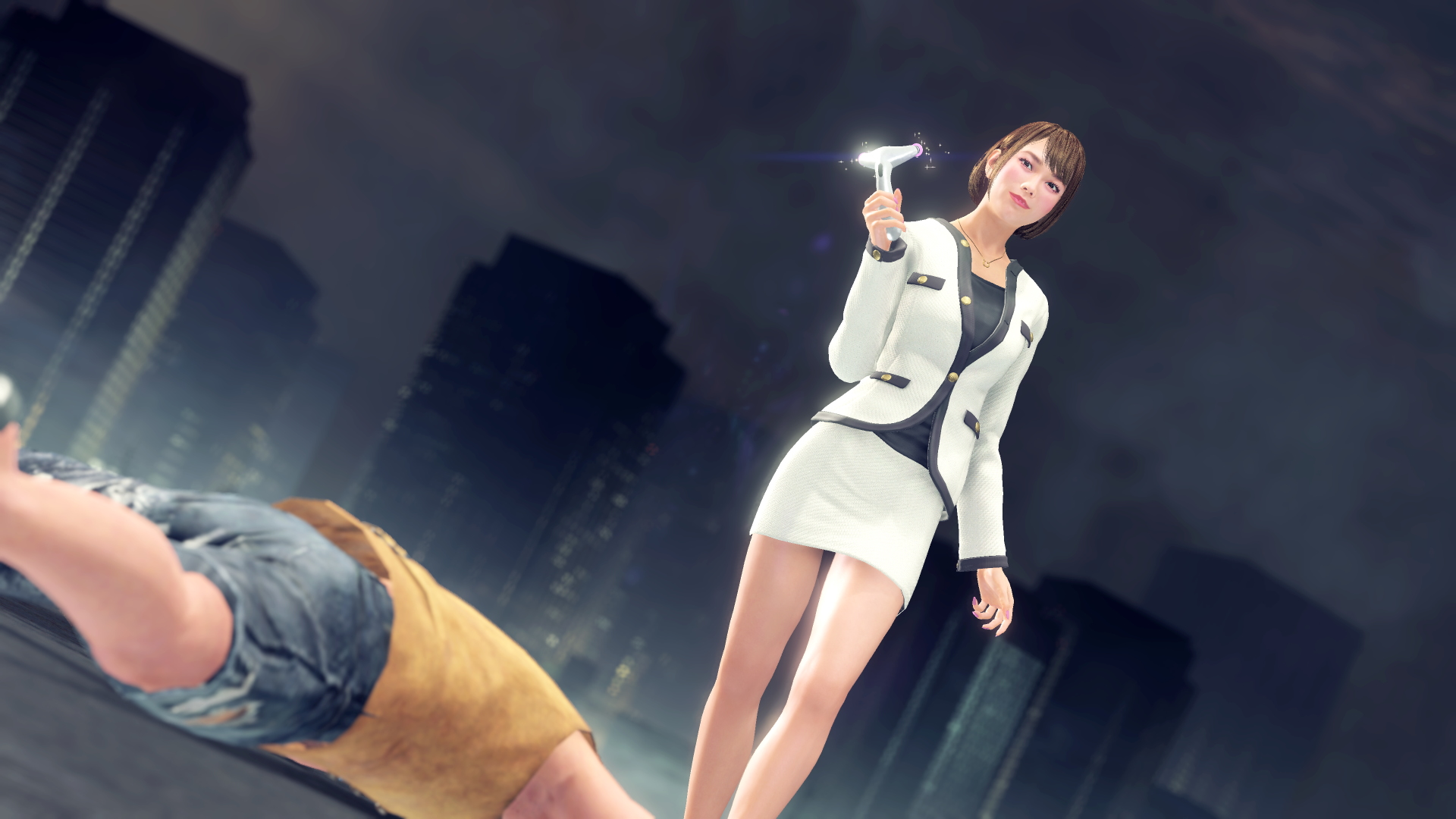 And that’s a side mission. An entirely optional side-story you can miss entirely, or ignore. Or in other words: Yakuza: Like a Dragon is completely insane, and unequivocally brilliant. It takes the formula of the beloved series that’s finally found an audience in the West and adds turn-based combat that’s the closest to Final Fantasy VII I’ve played since Lost Odyssey hit Xbox 360, ramps it up to eleven, and runs with it.

The world itself has been well-trod, but it feels better looking than ever, and the facial animations have been taken up a notch too. But the truth is, you’ve likely seen tens of trailers and, let’s face it, the game has been out in Japan for over a year, so there’s footage out there. What I wasn’t prepared for is how deep the combat system and RPG-nature is. In Chapter 5 you unlock the ability to change jobs, and while that’s a simple narrative cover for the madness of the system, it works and is believable. I changed Kasuga from “Hero” class to “Chef” which meant I fought with oversized ladles and could now use fire attacks whereas my previous class was more baseball bat and ask questions later.

I turned Adachi-San into a construction worker, so he could absolutely batter folks with a huge mallet, Saeko I switched to an Idol so she could be more of a mage, or support, and best till last, I switched Nanba into a musician, which gave me a laugh out loud moment as I used his skill “We are the world”, whipped out a guitar and sang his enemies into submission. For clarity sake, his songs are buffs and debuffs, but all the while he’s dressed like someone from the Summer of Love. All the jobs have different outfits to pick from, and of course there’s items galore to help you in battle. 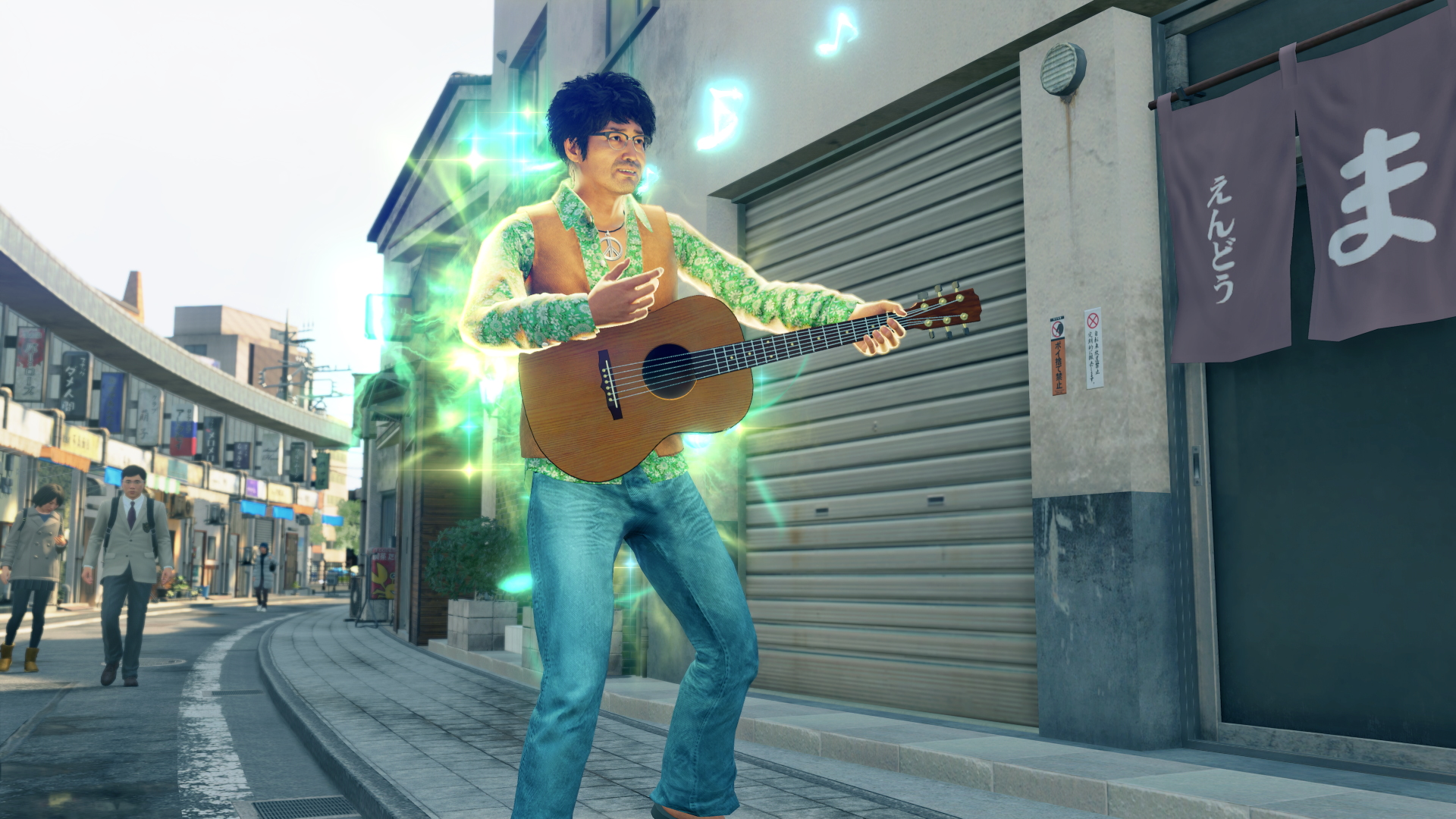 At first the combat is a little easy, but I can see it’s going to get harder, and there seems to be space for more characters to join the party. The summons are insane, some of the skills have long animations but I didn’t tire of them, and you can even add skills to the D-Pad to enact them quickly without using the menus. Battles aren’t random, and you gain XP for your overall level as well as your equipped job level. My hope is later on you can change jobs without visiting a location, but there are other things you can do that I won’t spoil here that do require turning in on location, so I’m not sure there.

On the subject of little issues, it’s not “fully” voiced in that way that a lot of JRPGs aren’t, meaning some conversations will be punctuated with “hmm” and “yeah”, but honestly, the amount of dialogue combined with dual audio means I can absolutely forgive that. The only other complaint I can find (and I’m reaching here a bit) is that your party is visible on screen in the open world, and has collision detection, meaning you run into each other a bit.

Yakuza: Like a Dragon feels like it was made for me. There’s systems here that involve relationships, there are shops, upgrades, skills, jobs: it’s a full-on JRPG in a Yakuza skin, with a thoroughly enjoyable turn-based combat system. There’s a million and one things I could talk about here that I’ll save for nearer release, but there’s absolutely no doubt in my mind that Yakuza: Like a Dragon is one of the best games of 2020. On the outside it may look different, but it shares the same heart, warmth, and humour that the series is so loved for. It’s endlessly engaging, but crucially feels modern in how it plays. It’s just brilliant, and despite promising myself not to get breathless about it, here we are… it’s just that good.

SEGA releases brand new trailer for Yakuza: Like a Dragon