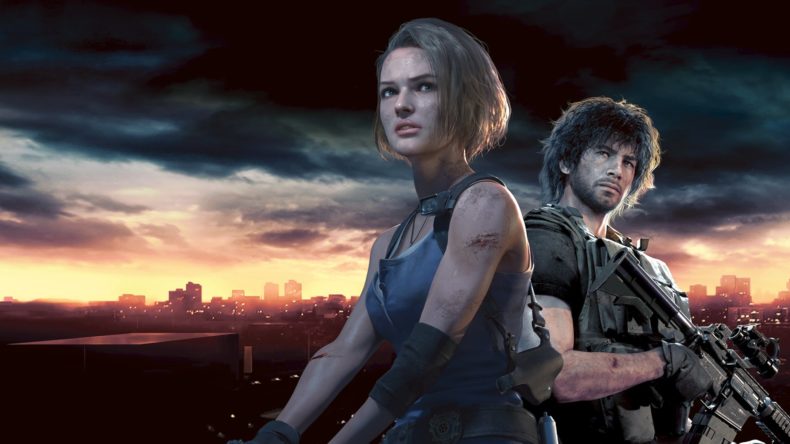 2020, a year that we will never forget. I’m not exaggerating when I say that it was easily one of the most challenging years of my life, but I am very certain that many would echo that statement. Video games have always been there for us, but we really needed their help this year.

We have had some seriously big hitters, too. Many have spent countless hours checking turnip prices, others have faced warriors in intense standoffs; jaw’s have dropped at the loss of a very important character. Then to top it all off, the next generation of video game hardware arrived. If I was to add it to my list, the overall escapism in video games for 2020 would be my number 1.

The magic of video games I will forever love, and I am so grateful for their existence. Without further ado, here are my favourite games of 2020.

Hades: I have played many roguelike games, and just when I thought that I’d seen it all within the genre, along comes Hades. This is easily Supergiant Games at their best. It is insanely addictive, incredibly written, and visually stunning. Get on this ASAP.

Spiritfarer: This really took me by surprise. I knew nothing about this title when it was announced for Switch, and I was so glad that I went in blind. The story pulls massively on the heartstrings and tackles a theme that every single one of us has to face. If Spiritfarer looks like a game that draws you in by its visuals, then just go for it. The less you know, the better.

Tony Hawk’s Pro Skater 1+2: Simply put, they didn’t fuck it up. It plays perfectly, it’s still so addictive, looks excellent, and even though I am not a fan of the newly added music tracks, I am so delighted that they also kept the original soundtrack. THUG next, please.

Paper Mario: The Origami King: Probably the funniest Mario game that I have ever played. The dialogue at times is downright genius, and it’s no surprise really, but this game looks outrageously good. The real downside unfortunately are the repetitive and unrewarding moments of combat – but this is still such a great Paper Mario game and a must for Switch owners.

Marvel’s Spider-Man: Miles Morales: It is more of that incredible Spidey action from Insomniac, but even more polished. Miles is a brilliant character and that alone is a testament to Insomniac’s development. If I played as Batman and it wasn’t Bruce Wayne, that would not work for me. But here we have Peter Parker out of the picture, and it just works. Insomniac Games know exactly what they are doing with Spider-Man and all I want is more of it.

It’s not that I wasn’t up for Resi 3, but with the year that it was becoming there was something in the back of my mind that made me wonder if I was really up for a game such as Resident Evil at that current time. I am so glad that I went for it. I actually preferred this remake to 2. The pacing is incredible, Nemesis is pissed and I loved every encounter with him, which then delivered very memorable boss fights. 3 is a far more action-packed entry than even the original is.

Like, holy smokes. Astro is the new mascot king of PlayStation in my opinion. The fact that this is free with the PS5 is bananas. I would straight up buy a physical edition of this game if it was available. The love, humor, and overall celebration of PlayStation within this game is a full-on triumph. If I was to discuss my favourite moments of the year, Astro contained one that made my jaw drop. Pure joy.

Was I nervous about how a remake of one of my favourite games of all-time would turn out? Absolutely. Did those nerves elevate even more when I heard that the remake would be split into episodes? Absolutely. Were those nerves kicked straight up the arse once I took control of Cloud, and met the entire gang? ABSOLUTELY! The FF7 remake was amazing from start to finish. I put in 80 hours, and all I want is more. The level of polish is tremendous, the musical score is my favourite of the year, and they took the combat of FFXV and made it so much better. Give me Part 2 right now.

This happened because of the love it received from the other members of the GIAG crew on this year’s GOTY deliberations. I immediately purchased it and from the second it started, I fully fell in love with everything that was going on. It is hilarious, bonkers, visually amazing, a great story, and best of all features an amazing protagonist by the name of Ichiban Kasuga. Like a Dragon is magic, it has done so much for me that I absolutely did not expect to happen. Just like Shadow of War, I just really wish that I had played it before our GOTY recordings. I can’t say enough good things about this game, and I think that is finally time to dive headfirst into the entire Yakuza series.

1.The Last of Us Part II

Probably the most controversial game of 2020, for all the wrong reasons if I’m honest, but that is a different conversation. TLOU II is one of the greatest games that I have ever played in my entire life. It left such an impact on me when the credits rolled that I just knew nothing would beat it for me, it immediately became my GOTY. I understand and respect how some people were left disappointed with how the story turned out, but I am totally not within that camp. Some say that it was too bleak and depressing, but what did you expect? That is what this story is, it needed to be brutal, it needed to be intense, it needed to take risks. There is no hope, just survival. I will never forget how I felt throughout moments of this game. Thank you, Naughty Dog.