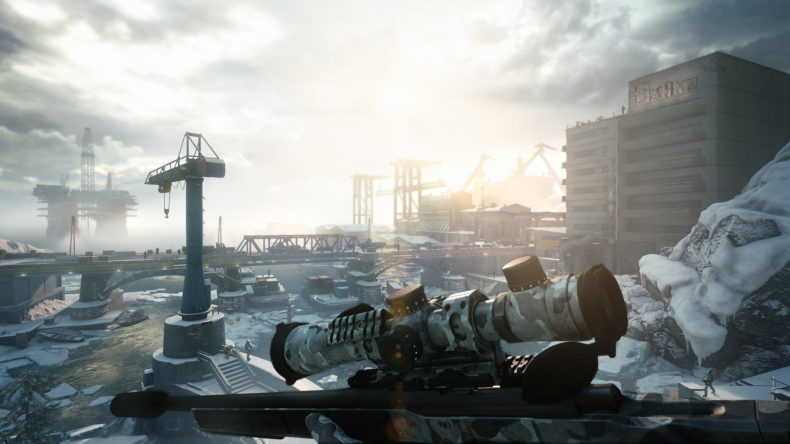 The Complete Edition includes various items and weapons as well as the main game.

The full details of what is included is as follows:

Sniper Ghost Warrior Contracts released in November of last year, and sees the player become and ultimate assassin in a realistic modern warfare sniping game. There is an immersive single-player campaign set across large, open-ended maps that require tactical thinking as well as a stealthy approach and precision execution of the long shots required to take down enemies.

The contracts have an open ended structure allowing players a great deal of replay value with bounties and challenges to complete. Set in Sibera players will have to battle not only various enemies, but also fight to survive in the the snow-covered mountains, lush forests and secret bases hidden deep in the mountainside.

Tools at player’s disposal include a new dynamic reticle system that offers an intense and realistic sniping experience, an AR mask that can be upgraded to enable players to scan the environment and highlight weakness or objects of interest, as well as an arsenal of new gadgets including drones, remote sniper turrets and gas grenades.

Likes to shoot stuff and wear pretty shoes. Is a BEAST at Titanfall.
MORE LIKE THIS
CI GamesSniper Ghost Warrior Contracts