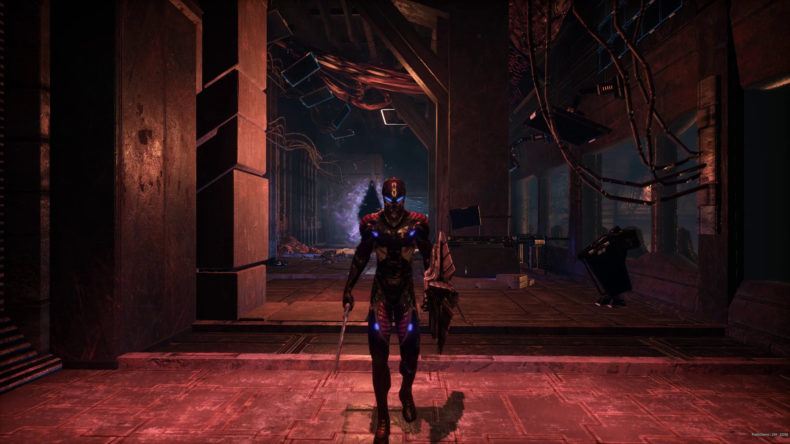 Almost everyone wants to play the latest games on Nintendo’s handheld console, so RPG fans will be happy to hear about Hellpoint coming to Switch on February 25th. The acclaimed Sci-Fi soulslike originally released last year, and is also being updated for next gen consoles.

Publisher tinyBuild, in cooperation with Merge Games, is happy to confirm that Hellpoint, the dark Sci-Fi Action RPG from developer Cradle Games will be released digitally for Nintendo Switch on February 25 followed by a physical release on February 26th. Both versions will feature all post-release features and improvements and will retail for $34.99 / €34.99 / £29.99. In addition, a physical collector’s edition for Nintendo Switch is available for pre-order from Signature Edition Games.

Previously, Cradle Games announced that Hellpoint would be coming to Xbox Series X/S and PlayStation 5 later in 2021, bringing higher resolutions and additional graphical features from the PC version to the new consoles. A next-gen backwards compatibility patch was released in December 2020, adding an optional 60 FPS mode for PS5 and Xbox Series X.
The PS4 retail version will also go on sale on February 26″

“- Souls-like gameplay in a unique setting: Explore the derelict space station of Irid Novo and face bizarre enemies with a tight and unforgiving combat system.

– Dynamic World: The Quantic System acts as a dungeon master, slightly transforming the game world every time you die and triggering events as the station revolves around the black hole.

Although not a huge soulslike fan (yet) I really do like Hellpoints’ science fiction setting and am tempted to try it on my favourite console. February is quickly becoming a stacked month of video games, so I really hope that Hellpoint is able to stand out in this crowded month of gaming.