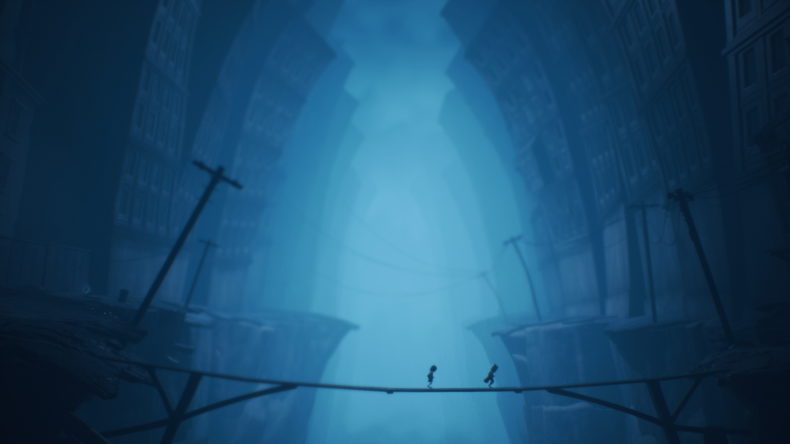 As I sneaked around the decrepit classroom full of cracked wooden dolls that looked like children working at their desks, their abusive and deranged teacher scribbled something on her blackboard. I tried to be as quiet as I could, but the creak of the floorboards made me panic, attracting the attention of these warped Pinocchio-like monstrosities, and as I tried to flee, they ripped my body apart. This same teacher, who was possibly the most disturbing thing I’ve seen so far in my preview time with Little Nightmares II, continued to torment me as I made my way through the school, her wire-frame and bony limbs creaked as I hid behind jars of body parts in her private study; her gaunt face and deep eye sockets searched for me inside the library; her wrinkled and contorted neck stretched away from her body as her mouth grasped me within its unforgiving jaws.

I’ve already spent some time with Little Nightmares II, and from that short time I spent with it, I could see what an improvement it was. Now, I’ve been fortunate enough to play another couple of levels, and I’ve come away wanting to finish the whole thing. The first level is Wilderness, as seen in the demo, and the second takes place in the aforementioned School. It feels so much creepier than Little Nightmares. Whilst Wilderness sees you spend most of the level running away from some workman/farmer with a burlap sack over his head, it was the school that really impressed me. 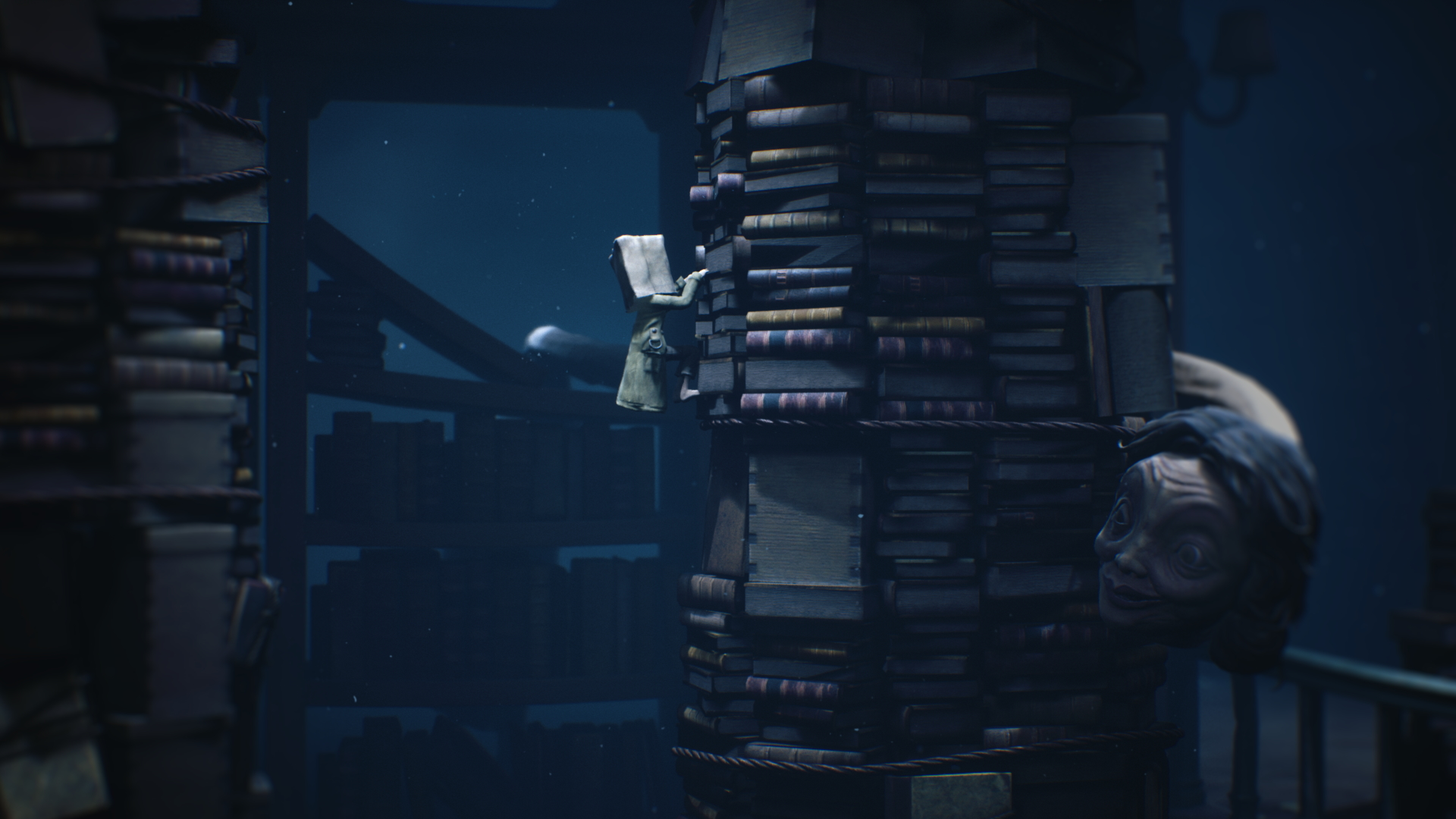 Little Nightmares II is incredibly unique in its tone. Although it may have shades of Limbo and Inside, it feels very much like its own property. I could never work out if it was terrifying, uncomfortable to play, anxiety-inducing, or charming. In its own way it encapsulates all these feelings, and that’s one of the reasons I love it so much. Whilst you are escaping the blast of a shotgun or a bunch of ravenous wooden infants, the time spent with Six and Mono created some tender moments that I wasn’t expecting. They have such a pure relationship. I spent much of the preview holding hands with Six, solely because I felt the need to protect her. She is also useful throughout, helping me to open vents and doors, choke out enemies, and break floorboards.

The puzzles range from outsmarting a farmer by hiding from his flashlight, to disguising yourself as one of those abhorrent children whilst making your way through a packed dinner hall (providing another terrifying segment of the game). I struggled a few times, but it was normally my fault as a result. The answer is always close by, meaning you’re not travelling through dark corridors or constantly climbing to find a way to the next room. The flow of the levels is perfect, too. You’re never bombarded with puzzles that slow everything down, and you’re always left in a state of suspense. 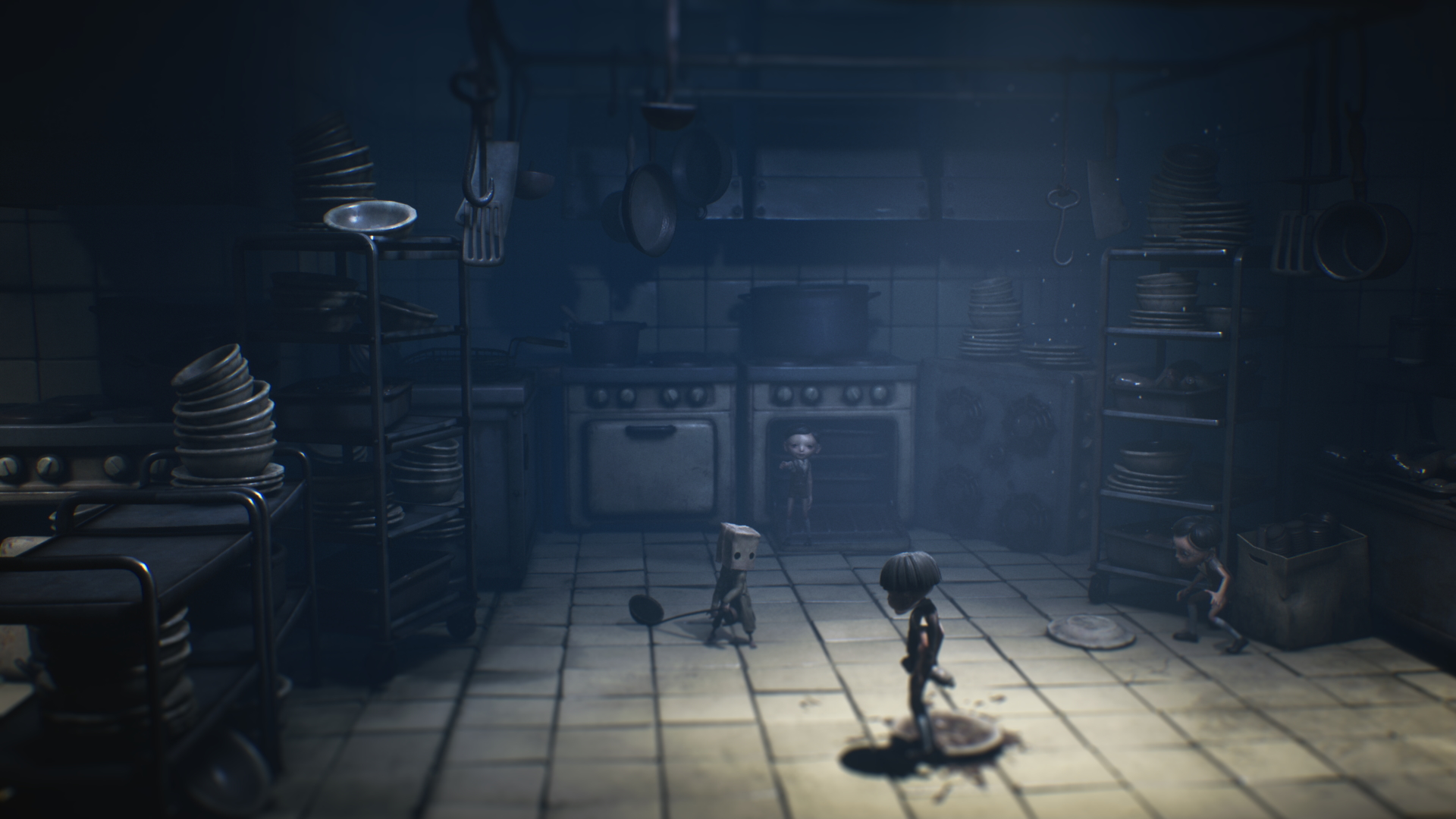 I’m such a fan of the way Little Nightmares II looks. The lighting is superb, and the detail in the background environments makes it feel so much bigger than what it is. Running through the rain-soaked streets, keeping your head below thick and muddy swamps, and sneaking across a long plank of wood as the world around you comes to life were just some of the times I couldn’t quite believe what I was seeing. You don’t always need the best computers and programs to make something as striking as this, just a great mind, and Little Nightmares II shows how it can be done.

Little Nightmares II looks like it’ll surpass the first in almost every way. The puzzles are more involving, the visuals are inspiring, and the way it blends fear and heart is incredible. I’ve played three full levels now, and not one has fallen short in comparison to the previous game and its DLC. It could very well be an early contender for game of the year, providing it manages to maintain the same level of quality seen so far.

Video games are cool. Don't let anybody tell you any different.
MORE LIKE THIS
Bandai Namcolittle nightmaresLittle Nightmares IIPreview