previous
PC specs for Outriders detailed in new video
random
next
Is it Worth Spinning the Reels of Progressive Jackpot Slots?
0 comments 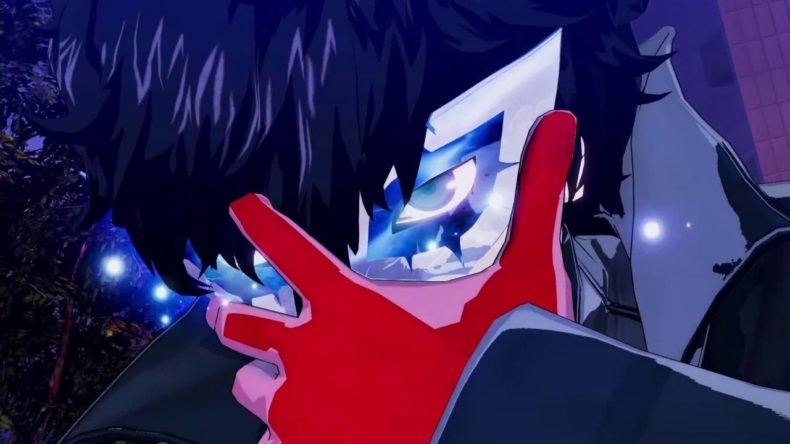 I have to admit, Musou games aren’t really my thing. I’ve given them plenty of attention over the years, but they tend to bore me rather quickly. I never feel like the combat evolves over time, or does enough differently the more hours you spend playing, leaving you in a repetitive loop of hammering the buttons without a worthwhile reward. When I heard Atlus and Koei Tecmo were taking this approach with the Persona series, I certainly had my doubts, but after spending five hours playing the opening to Persona 5 Strikers (know as Persona 5 Scramble: The Phantom Strikers in Japan in 2020), the genre has been smashed wide open.

Six months after the events of Persona 5, Joker, Ryuji, Ann, and Morgana find themselves back in Yongen-Jaya to reunite with their old friends before heading out on a summer vacation. Unfortunately, things don’t quite go as planned. Before they can enjoy their time together, the Phantom Thieves have to team up to save the heart of pop idol Alice Hiragi, who has been corrupting men in the real world, turning them into lovesick puppies who are acting incredibly suspiciously. At first, it feels like a natural sequel to Persona 5, with many of the same features available to you, but once it opens up and you start fighting Shadows, you’re in for a different battle altogether. 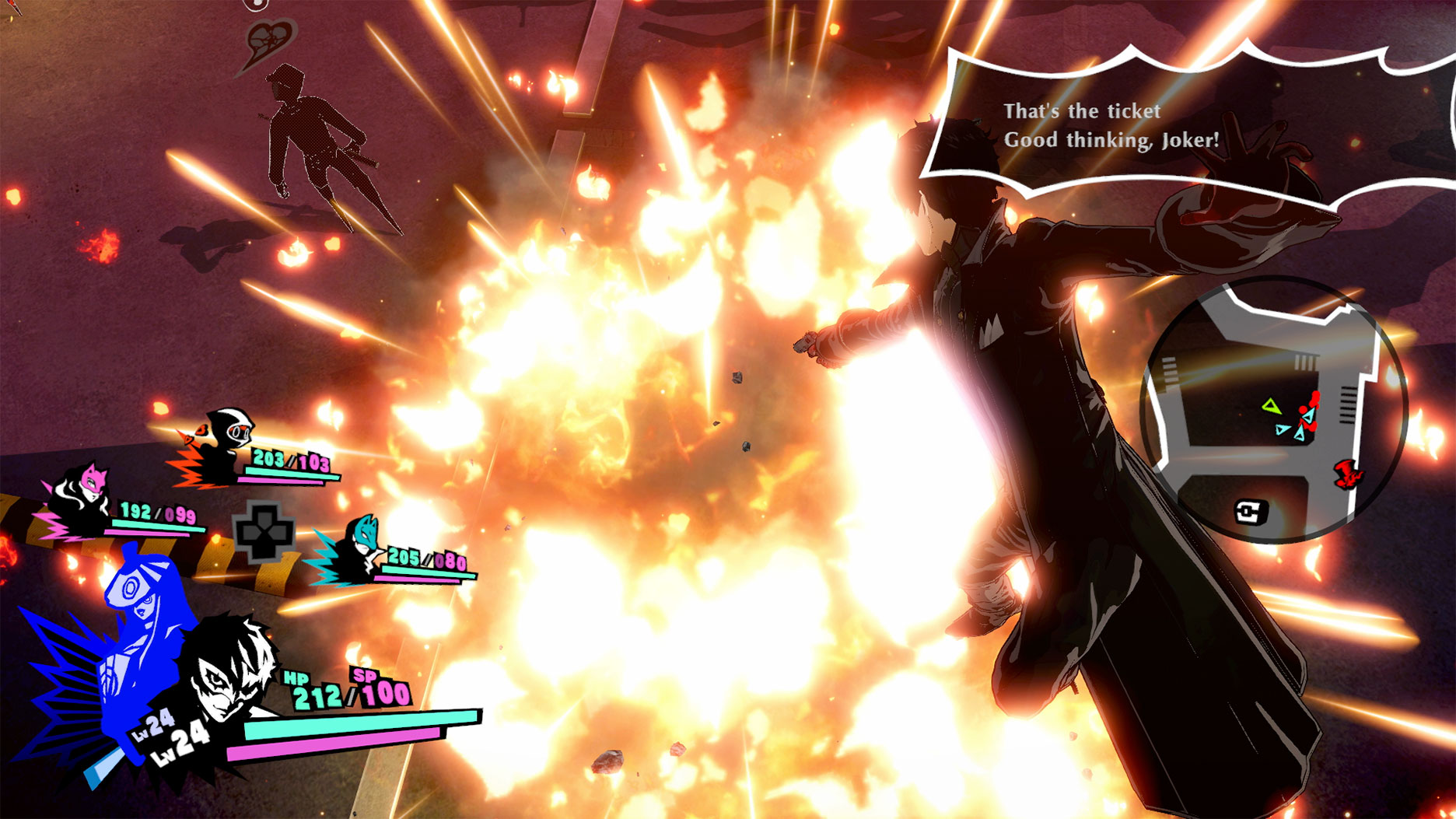 Much like Yakuza: Like a Dragon, exploring Shibuya, visiting the Velvet Room, and travelling through Jails (Palaces in P5) feels similar to previous entries in the series, but the combat is different in many ways. Instead of turn-based action, you’re now involved in frantic-yet controlled Musou battles that are layered with many fighting choices at your disposal. There’s the standard hack-and-slash approach where you’ll fight hundreds of shadows at any one time. On top of this, however, is the implementation of Personas, using the environment to gain an advantage, and more.

To use your Personas in battle, you can press R1 to brings them all up and momentarily pauses the action. From here, you can select who you want to use as well as the desired attack, then send them into battle and unfreezing the action. All Shadows have weaknesses much like before, so using the correct move can help to drastically reduce their health. You can also use vantage points scattered around the Jails to attack from higher up. Pressing Circle when prompted can see you jump on top of a lamp post or building ledge, and from their you can attack by pressing Triangle to unleash a spinning strike. There are other places where the environment can be used to your advantage, such as confetti canons and skateboard-type attacks. 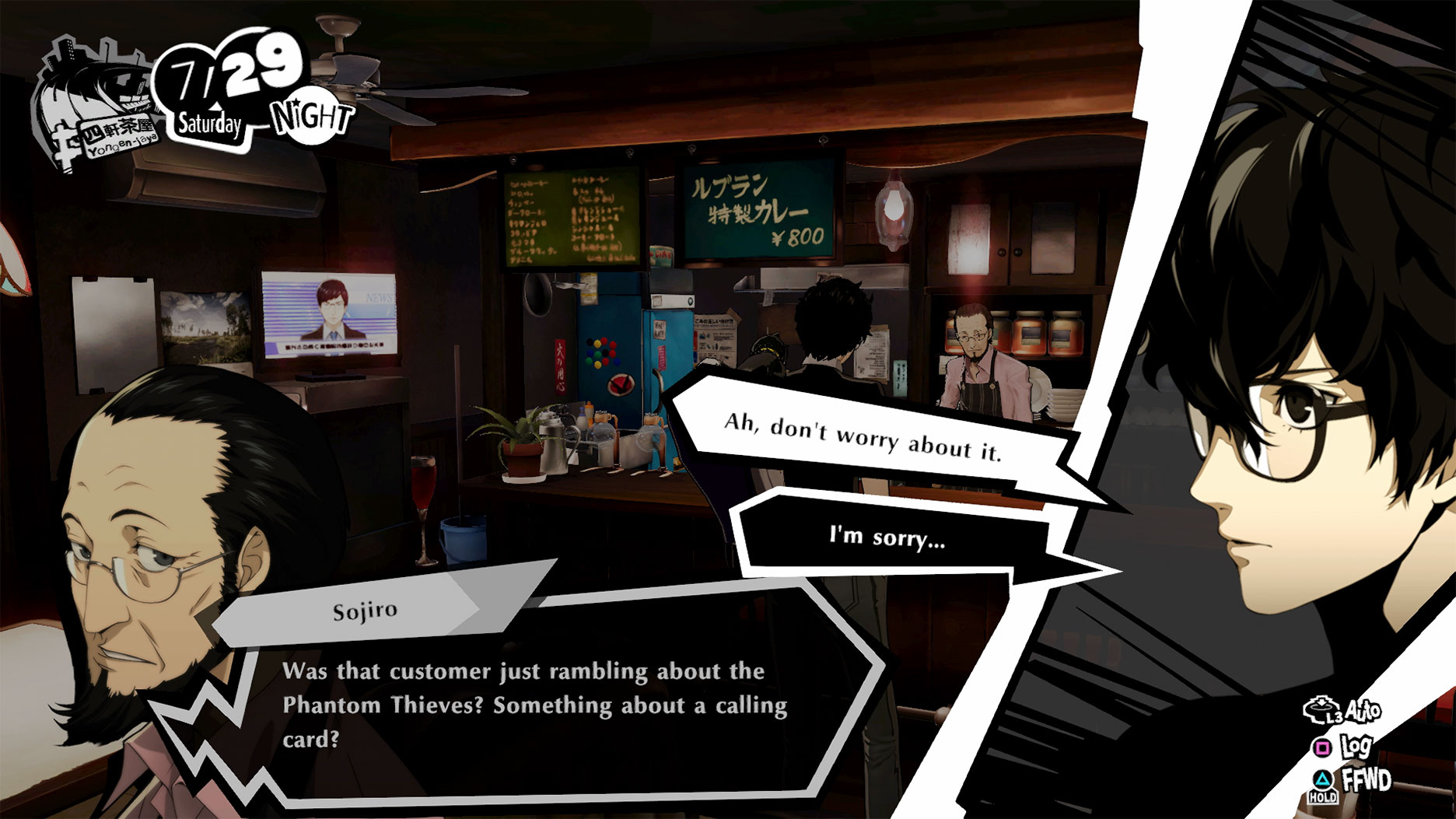 Showtime returns from Persona 5 Royal. These are highly efficient attacks where all members of your party unite to do significant damage to your enemies. You can also initiate All-Out Attacks after weakening an enemy enough (after connecting with 1More, also returning from P5), but this time they happen within the flow of a battle. You can usually unlock and All-Out Attack if you manage to ambush Shadows by approaching them without detection as well, meaning it’s still worthwhile to be stealthy when traversing the Metaverse.

Every character from Persona 5 can be used in your party of four by selecting them before entering a Jail, or at one of the many checkpoints found whilst exploring. Yusuke, Makoto, Futaba, and Haru are all playable so far, each with their own unique skill in battle. New playable character Sophia becomes vastly important early on. She’s an AI that appears as a human in the Jail, using yoyos to attack from a distance. Having the option to switch in and out pretty frequently helps you to mix up combat options, and hey, who doesn’t love Matt Mercer’s snobby representation of Yusuke, right?

Although I’ve only played a small part of Persona 5 Strikers, I think the combat is excellent, but on top of that, the story has hooked me as well. It’s hard to think that after hundreds of hours of narrative in P5 there would be much left to say, but the inclusion of shady police officer Zenkichi Hasegawa, and the mystery of these new Shadows appearing across Japan has left me more than excited to find out what’s going on. It’s also a gorgeous game, oozing that same slick style as seen in P5, with additional animations and short and sweet anime cutscenes that look great. 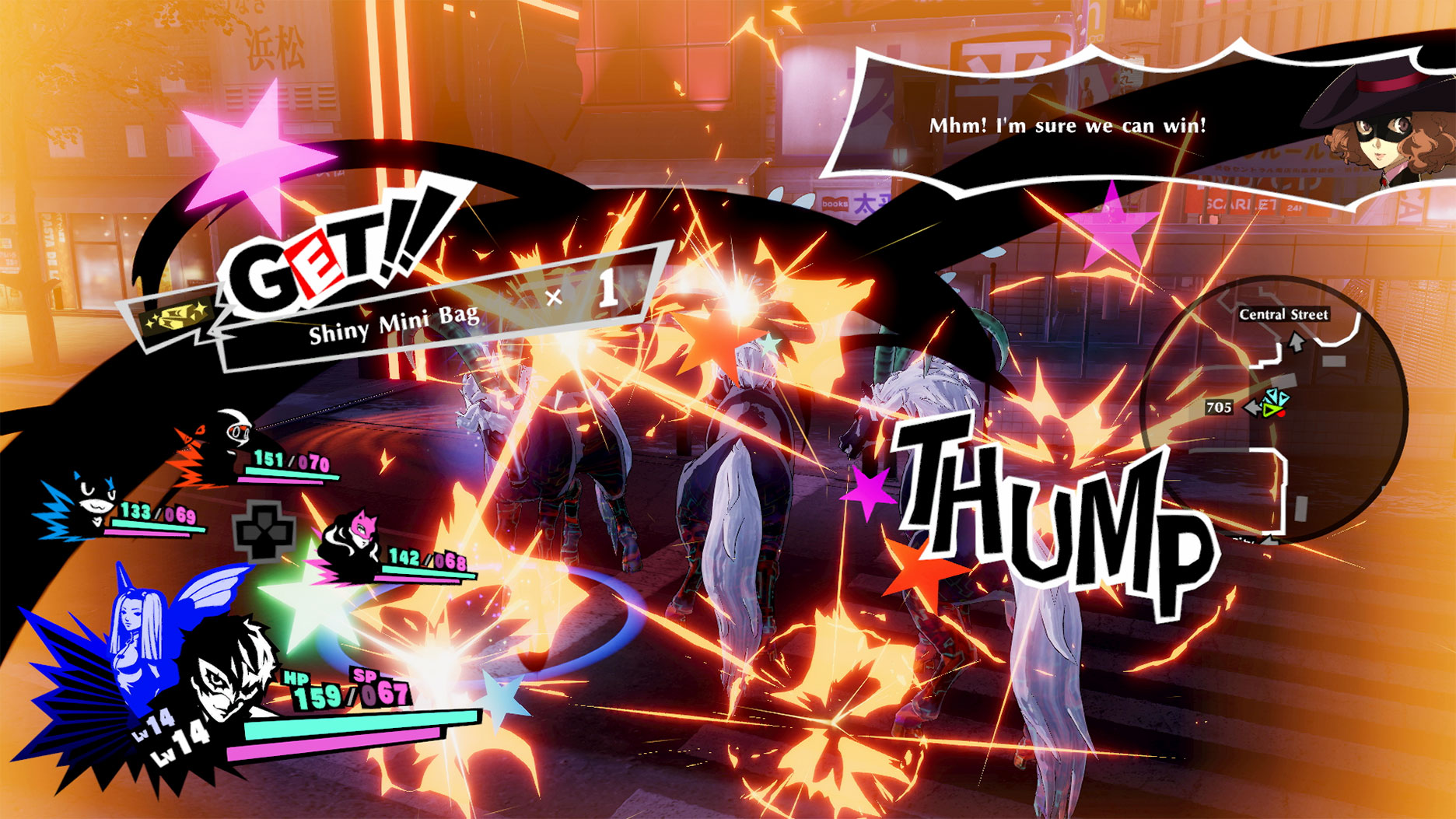 As mentioned, Alice’s reasons for being the way she is tug at the heartstrings, reminding you of the darker undertones Persona stories have. After the Shibuya Jail, my time with the preview had to come to an end, leaving me impatiently waiting to see what happens next. Persona 5 Strikers doesn’t feel like an unnecessary sequel, rather a fresh way to take what made P5 special and expand upon it. I’ve yet to see Requests, how Bonds properly help within battle, or what travelling across Japan feels like, but these are all things I’m looking forward to discovering.

Persona 5 Strikers is shaping up to be a worthy sequel to P5, with a refreshing combat pattern filled with plenty of options to wipe out the Shadows. I’m happy to spend time with my friends once again, even if it means Japan is once again in trouble. Whilst you don’t have the same level of freedom as in Persona 5, I quite enjoy the fact Strikers has been streamlined somewhat. It is the combat that makes this a must play, and a storyline that feels different in a good way. If you’re sleeping on Strikers, I encourage you to wake up, don your mask, and get ready to jump back into the world of the Phantom Thieves.

Video games are cool. Don't let anybody tell you any different.
MORE LIKE THIS
AtlusKoei TecmoPersona 5Persona 5 Strikers