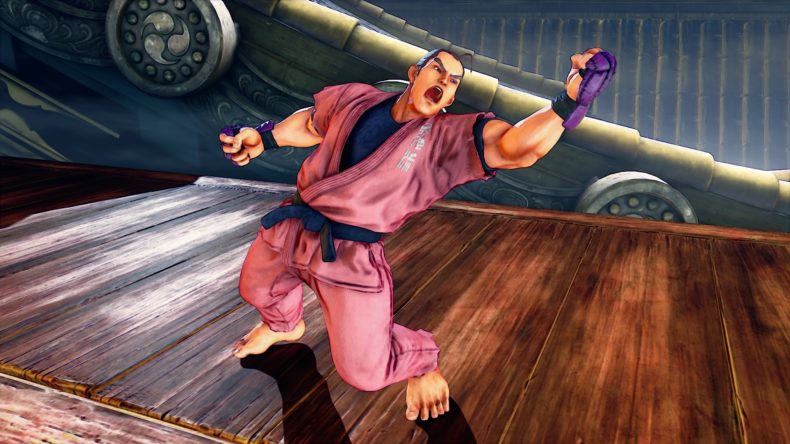 To celebrate its 5th anniversary, fighting fans can rejoice as Dan is back in Street Fighter V. Everyone’s favourite joke character is available as part of the season 5 character pack, and is ready to show Ryu and Ken how it’s done for the first time since Street Fighter 4.

“Just over five years ago, Street Fighter V was released to fighting game fans across the world. Since then, the game has continued to grow and evolve into the action-packed powerhouse it is now. Beginning today, the historic fifth and final season of Street Fighter V is officially underway with the release of new character Dan Hibiki and free content for all PlayStation®4 and Steam players. This includes a new “V-Shift” battle mechanic, new training stage, and an updated battle balance for all playable characters.

Releasing today, Dan Hibiki kicks off Season 5 of Street Fighter V in style with his trademark taunts and self-proclaimed “Master of Saikyo” fighting techniques. A mainstay from the Street Fighter Alpha series and last appearing in Street Fighter IV, Dan Hibiki is a training partner of Ryu and Ken. He considers himself well-equipped to “school” anyone who won’t back down. Dan can be added to Street Fighter V rosters now with the Season 5 Character Pass or the Season 5 Premium Pass. He can also be acquired separately. See below for Season 5 Pass details.

Also available today as a free update to all Street Fighter V players, a powerful “V-Shift” battle mechanic provides players with all-new defensive options and strategies. Costing just one bar of V-Gauge, when timed correctly, V-Shift allows players to execute a fully invincible backdash that slows down time for a short period, helping fighters better plan their counter attacks. In addition, all players can now acquire a new training stage called “The Grid Alternative” for free, as well as an updated battle balance for all playable characters, adding even more gameplay depth and enhancements to the game’s combat system.

Looking ahead to the rest of Season 5, four more characters are preparing to join the fight in Street Fighter V: Champion Edition: Rose (Spring 2021), Oro (Summer 2021), Akira (Summer 2021), and a fifth and final unannounced character (Fall 2021). In total, 26 new costumes and two new stages are also being planned for Season 5, including a Rose stage (Spring 2021) and Akira stage (Summer 2021).”

Capcom are ensuring that Street Fighter fans have a lot to chow down on this year, so get your fight sticks ready and Hadouken your way to victory.