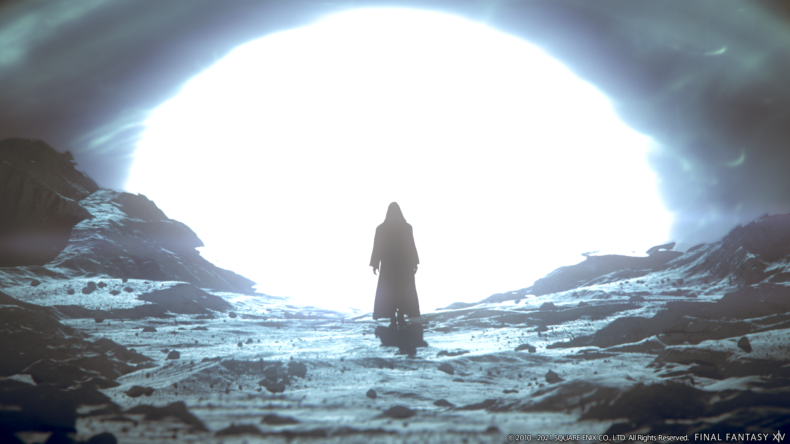 If you’re one of the thousands who love the acclaimed MMO, you’ll be glad to hear that Final Fantasy XIV patch 5.5 is coming April 13th. This update will conclude the Nier crossover content, and we’ll as adding a ton of other quests, raids and crafting options.

“Titled “Death Unto Dawn,” Patch 5.5 will be split in two parts and set the stage for the Endwalker expansion. Part one is headlined by the third chapter of YoRHa: Dark Apocalypse—the NieR-inspired alliance raid featuring the work of guest creators Yosuke Saito and YOKO TARO—alongside an abundance of new story and battle content, system updates, and more.

– “Sorrow of Werlyt” Questline Update – The thrilling conclusion of the Warrior of Light and Gaius’ quest to thwart the Empire’s warmachina development project.

– New Trial: The Cloud Deck – Players can face off against the fearsome Diamond Weapon in this latest trial, which will be available in both Normal and Extreme difficulties.

– New Dungeon: Paglth’an – Players can tackle this new story dungeon alongside fellow adventurers or a party of non-player characters via Trust System compatibility.

– “Save the Queen” Questline Update – Alongside the addition of a new field area, “Zadnor,” players can further upgrade their Resistance Weapons to their final and most powerful stage.

– New Unreal Trial – The next powered-up version of an existing primal will be unleashed upon level 80 heroes, providing players with a new challenge and a chance to collect unique prizes.

– Crafter Updates – High-level crafters can look forward to new content in Patch 5.5 that will earn them special achievements and unique crafting tools.

– Ishgard Restoration Update – Locals of The Firmament will periodically hold Fêtes to celebrate the completion of the restoration.

– “Explorer Mode” Update – The Explorer Mode feature will be expanded to all Level 70 dungeons. Explorer Mode allows players to explore dungeons free from danger to capture striking and fun screenshots while enabling the use of mounts and minions. Players will also now be able to use performance actions while in dungeons, such as playing musical instruments.

– Performance Action Updates – Players will now be able to change instruments at any time while performing, and a new instrument will be added.

If I could make time for one MMO right now it’d be Final Fantasy XIV. The amount of content that is regularly added is seriously impressive, and everyone I know that plays it is incredibly positive. They’ll be even more to enjoy in April, so it could be the time to jump into the world of crystals and Cactuar.