The complicated love triangle between Mario, Bowser, and Princess Peach 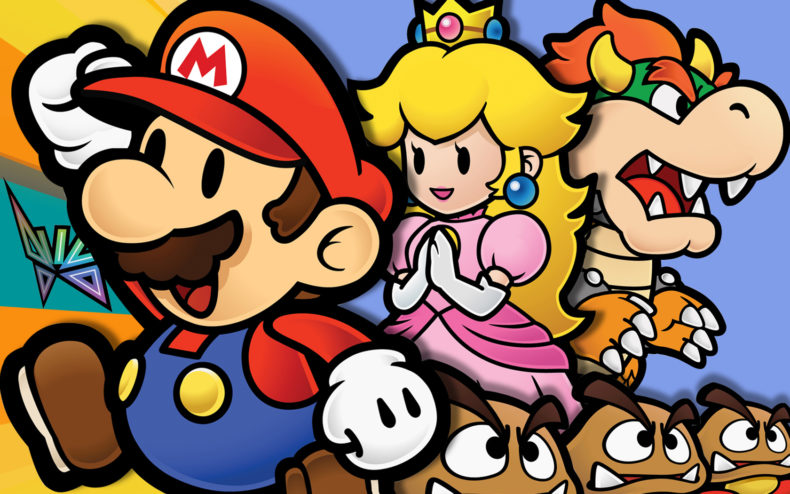 Ever since Princess Peach, Mario, and Bowser first appeared in Super Mario Bros. back in 1985, there has always been a deep connection between the three characters. On the surface, it has always seemed like Mario and Peach were Nintendo’s power couple, but when you look behind the curtain, maybe it was only a rouse. At the end of Super Mario Odyssey, Peach has finally had enough of both of them, choosing to reject both Mario and Bowser’s advances in favour of heading back to the Mushroom Kingdom alone. Who could blame her? After 35 years, maybe the princess just wants a bit of freedom.

Almost every game that features Mario has seen the plumber head off on an adventure to save Princess Peach, more or less exclusively from Bowser’s clutches. However, what if she was never truly kidnapped? Back in the original title, Peach was known to have great magical abilities, as she was the only one who could return the Mushroom Kingdom back to normal and break Bowser’s spell. Also, in Super Princess Peach on Nintendo DS, she showed off her magical parasol and how her emotions help utilise some impressive abilities. Why would someone with such power need a plumber to rescue her? Whilst it appeared the original story was solely about her rescue, there’s a good chance Peach and Bowser had began to form quite a close relationship. Whether due to Stockholm Syndrome or a genuine attraction, signs in later games showed that there was more going on that we first thought. 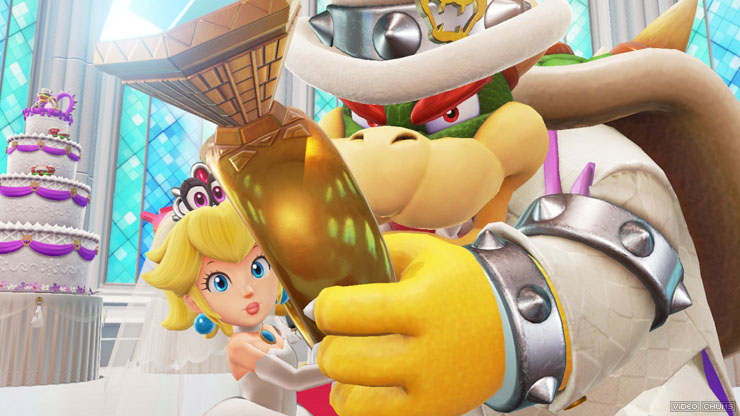 In Super Mario Sunshine, there’s a moment where Bowser Jr. tells Mario to leave his “Mama” alone. He then says he won’t let Mario take “Mama Peach away.” The Princess looks shocked, and as she questions whether or not Bowser Jr. is her son or not, he says that his daddy has told him all about it. Bowser had also told him that Mario was the one who had kidnapped Peach, and not the other way around. As the kids say, WTF?? OK, at the end Bowser Jr. does say his father lied, but it was Peach’s lack of denial that begs the question, what if she really is Bowser Jr.’s mother? Peach and Bowser have spent a lot of time together over the years, and a relationship between the two is not out of the question.

I’ve always believed Bowser is just misunderstood. I’m not saying that stealing Princess Peach from the Mushroom Kingdom is the right way to go about it, but Bowser’s softer side was evident in the Paper Mario series. In Paper Mario on the N64, Princess Peach and Twink discover Bowser’s secret diary, and inside it reveals how he is in love with her. Whilst he says he kidnapped her, he writes, “I couldn’t be happier, diary! I hope she likes me…” Aww, how sweet. Yes, his methods are unconventional and downright wrong, but he loves the princess. Maybe if King Koopa went about it differently, like, I don’t know, asked her out on a date instead of stealing her, she might say yes? 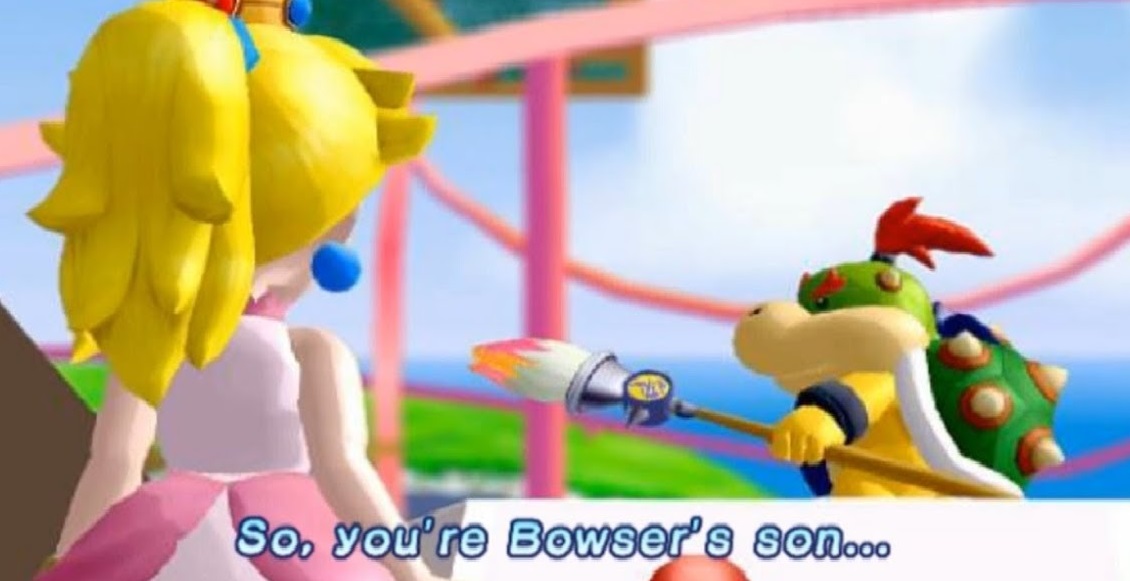 Whilst Mario has spent a fair amount of time fighting Bowser, the two do have a somewhat love/hate relationship that has allowed them to at least see eye to eye at times. I mean, you’ve played Mario Tennis and Mario Kart, right? Where’s the hostility between them? They just want to play a friendly game of tennis, or race around a few tracks to kill some time in the Mushroom Kingdom. It’s clear there is more to their friendship, and even in Paper Mario: The Origami King, Mario saves him in the early stages when he could’ve just left him to rot in the cellars under Peach’s castle. They’ve got a lot of history together, but one thing’s for sure, they both have a soft spot for the Princess.

It seems like Mario and Peach are destined to be together, but the plumber has had feelings for other princesses over the years. Maybe Peach is just sick of his bullshit by the closing moments of Odyssey that she wants to rid herself of Mario once and for all. Back when Mario was simply known as Jumpman in the Donkey Kong arcade game from 1981, he was trying to rescue Lady from the clutches of the hulking gorilla. That Lady was in fact Princess Pauline, eluding to the fact that Mario was actually in love with her in the very beginning. They meet up in Odyssey, but the love is clearly not there anymore. However, despite past relationships, it’s obvious that Mario loves Peach. He’s taken her on dates in Paper Mario, and they even went on holiday together to Island Delfino in Sunshine, but Peach doesn’t quite show the same dedication to him. 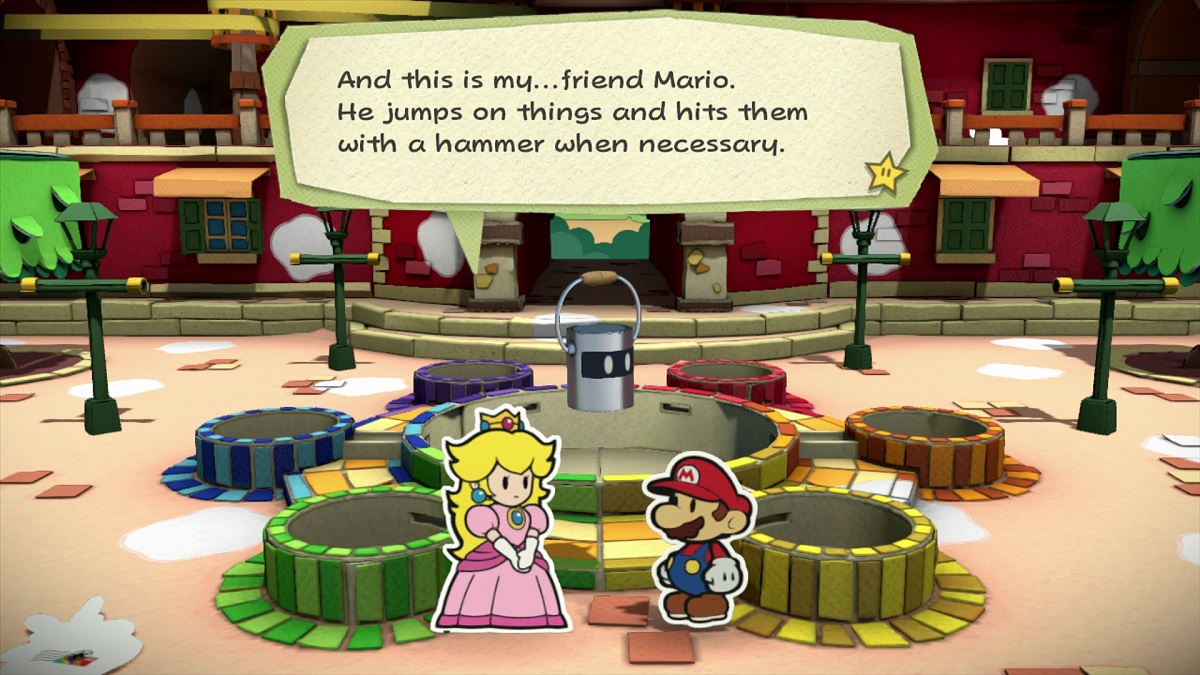 Whilst Mario has appeared to make his feelings known to Peach, she rarely shows any emotions, and does little to reciprocate those feelings. She does kiss Mario on the nose for rescuing her, but I believe she sees him more as a friend. After Mario whacks Huey with a hammer in Paper Mario: Color Splash on the Wii U, she introduces herself as Princess Peach, then says, “and this is my…friend Mario.” Whether that pause symbolises her refrain from revealing her true feelings, or means that in that moment she finally realises that she sees him as more of a friend, it’s a somewhat embarrassing moment for him. Mario has been friend-zoned.

Whatever your thoughts on what’s going on between these three and who Princess Peach does love, it’s clear that it’s not as simple as you may have first thought. We haven’t even talked about Luigi’s feelings on the princess. There are many other signs throughout the 35-year history of the Super Mario Bros. games that points to one of many outcomes, but one thing is certain, Peach is more than some Princess that needs saving. She’s a strong and confident woman that doesn’t need anyone to be happy, and definitely not a plumber and a roided-up turtle.

Video games are cool. Don't let anybody tell you any different.
MORE LIKE THIS
paper marioSuper Mario Odyssey

Companions, combat and more in Paper Mario: The Origami King