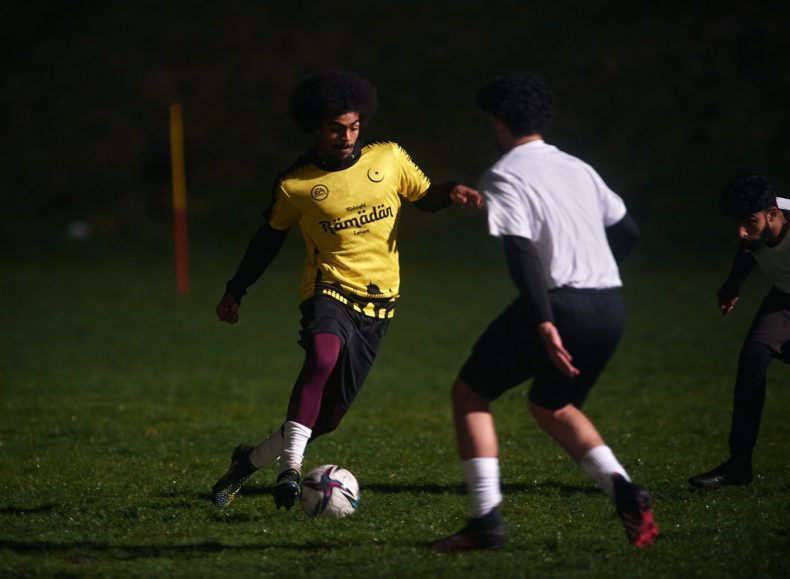 EA Sports and Leicester City midfielder Hamza Choudhury have teamed up to release a children’s football comic book aimed to inspire the next generation.  The comic book, titled Hamza: My Story, documents his upbringing as a British Asian and his journey to make it as a professional footballer in the Premier League.  View the comic online here.

The comic is part of the wider ‘Inspire The Next Generation’ EA Sports campaign, which aims to start fixing the cycle that has been holding back British Asian football talent for generations. As part of the campaign, EA Sports has partnered with the Midnight Ramadan League.  This is a grassroots football league set-up to help those who struggle to play during their Ramadan fast.  Matches kick-off after the evening meal of Iftar and late-night prayers up until Suhoor.

You can see more about the Midnight Ramadan League here:

Speaking on the partnership with the Midnight Ramadan League, Hamza said:

Growing up, football was always my first love. From playing with my friends in the street after school, to heading to the pitch at the weekends, it was always my dream to become a football player. I’m proud of my Asian heritage and without it, I wouldn’t be the person or footballer that I am today, so it was an honour to partner with EA Sports to tell the inspirational story of the Midnight Ramadan League – a team I would have loved to play for! I hope that, together, we can help inspire future generations to follow their dreams.

As part of the partnership, EA Sports has unveiled a number of bespoke FIFA 21 Midnight Ramadan League inspired in-game assets. These include an exclusive Midnight Ramadan League kit and stadium dressing, featuring a stylised centre circle flag and a custom tifo. The assets will be available in FIFA Ultimate Team on PS5, PS4, Xbox Series X|S, Xbox One, and PC until April 29, 2021.