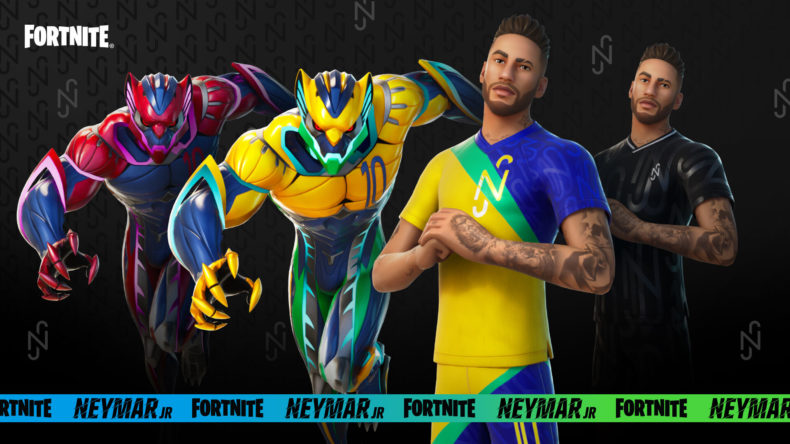 Epic Games has announced the arrival of Neymar Jr to Fortnite.  Starting this week April 27, 2021 you can tackle his Battle Pass Quests, allowing you to unlock his Outfit and other items from his set. By completing Neymar Jr Quests and Epic-rarity Quests, unlock and unleash his primal forms.

In addition, you can visit Creative mode for a player-made Welcome Hub and Island inspired by Neymar Jr’s arrival, and compete in the Neymar Jr Cup for a chance to win a custom soccer boot from Neymar Jr’s team at PUMA.

Check out the reveal trailer here:

All Neymar Jr Quests, available as part of the Chapter 2 Season 6 Battle Pass, go live April 27 with the release of v16.30. Below are all the Quests and the items you can score by completing them. 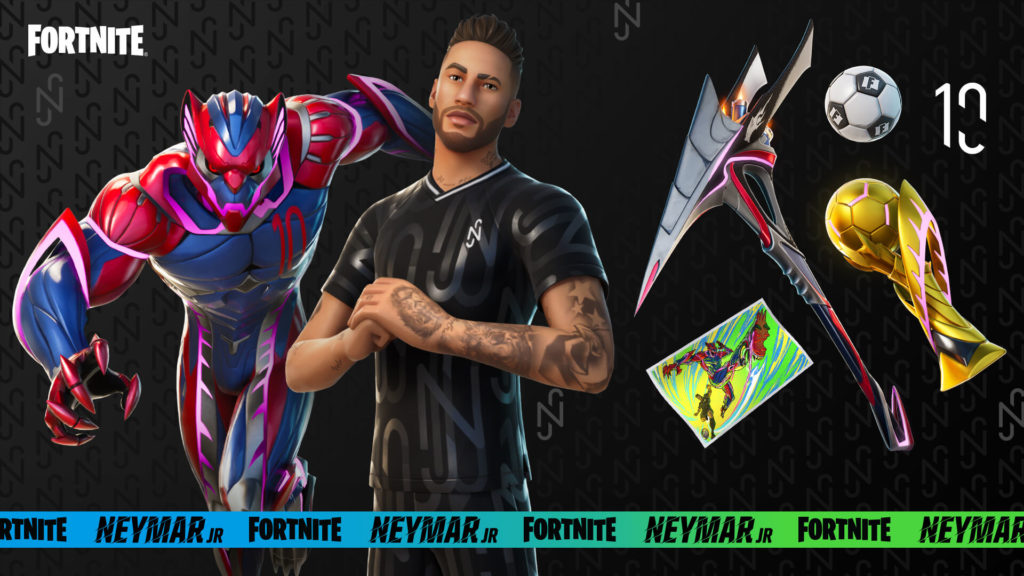 For completing certain amounts of Chapter 2 Season 6 Epic Quests, you’ll unlock even more items from his Set. You’ll also unlock the Exhibition version of the Neymar Jr Outfit and other items, based on his familiar uniform of yellow, blue, and green.

In order, all Neymar Jr rewards unlocked this way are:

Neymar Jr and PUMA are taking over Fortnite Creative from April 27 to May 4. During this time, check out the Paris-themed Welcome Hub made by community creators Kryw and Iscariote. After unlocking the soccer ball from the first Neymar Jr Quest, bring it with you to this Hub’s soccer field.  Additionally, when you’re ready to get into the action, you can queue up for the “Go Crazy Arena” playlist made by community creators Madmoods and Immature. This casual combat experience, made in celebration of Neymar Jr’s arrival, will be featured as a playlist from April 27 at 9 AM ET to April 30 at 9 AM ET.

The Go Crazy Arena showcases 8v8 combat with power-ups and infinite respawns enabled. Earn gold by eliminating players, then use this gold to unlock upgrades and special bonuses for you and your team. The first team to reach 200 eliminations wins. 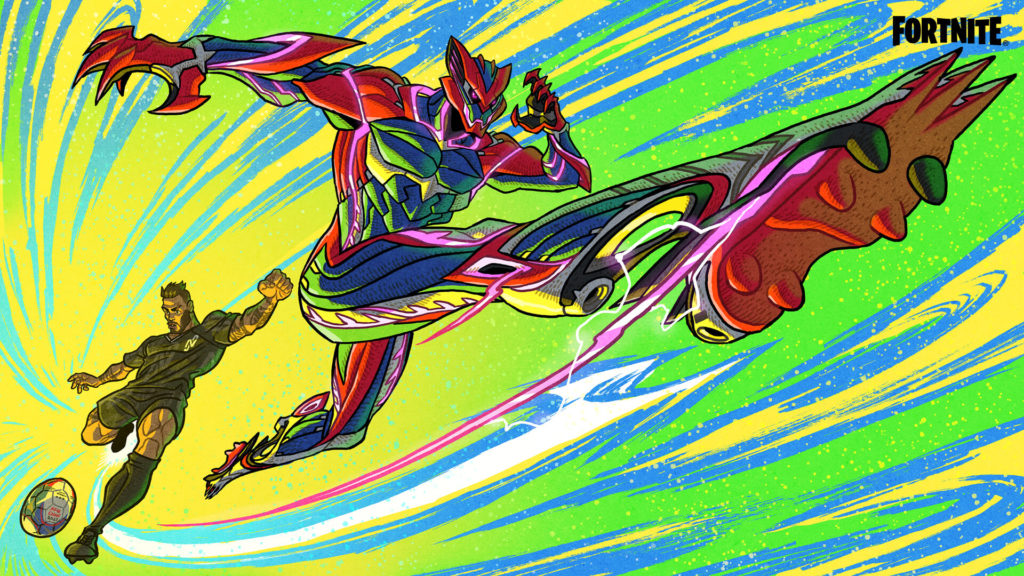 Compete for a chance to win a custom-designed soccer boot.

Win a real-life piece of the primal. On April 28, players will be able to compete in the Neymar Jr Cup for a chance to win a custom-designed soccer boot, inspired by Neymar Jr’s primal form (Exhibition). The top player per region in this Solo tournament will be sent one of these commemorative items. Players can also win the new Spinner Takes All Emoticon as part of the tournament.

Players can play up to 10 matches in their region’s three-hour time window, and the specific timing for each region can currently be found in the Compete tab in-game. To participate in the Neymar Jr Cup, players must have Two-Factor Authentication enabled on their Epic account and be at account level 30 or above. Full tournament rules can be found at the Neymar Jr Cup official rules page.