previous
Knockout City | How to cross play with friends on other consoles
random
next
Podcast 445: Knockout City, Rust Console Edition, The Wild at Heart
0 comments 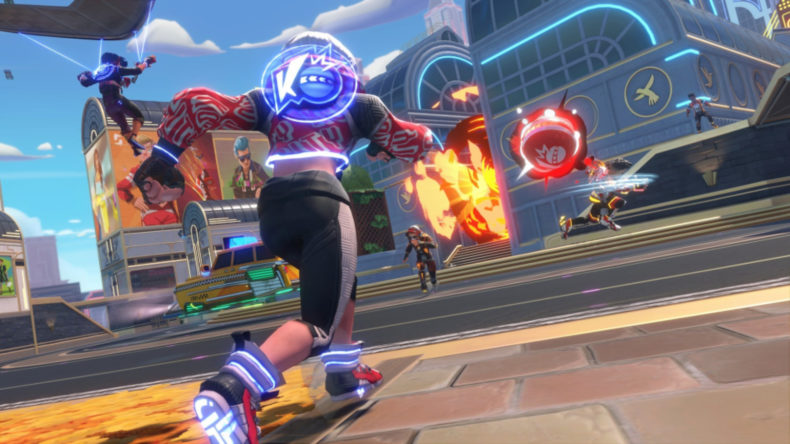 Knockout City fake shots and trick shots make for some of the best moments in the entire game. Faking out an opponent, and watching them flail trying to catch a ball still in your hands is incredible. Following it up with a smash in the face? Well, that’s even better. Likewise, the trick shots are satisfying beyond believe when nailed properly. Throwing a ball round a corner to smash someone in the back of the head? That’s game of the year: best moment consideration stuff, right?

Knockout City: How to do fake shots

Knockout City Fake shots are incredible easy to do, but using them at the right time is crucial. Normally you’d hold the right trigger down to charge a shot, or tap it to throw. The thing is, when you’re holding the trigger and charging while locked on, your opponent will be notified.

As you lock on and charge up, they will get a red colour form round their screen, and it’ll bulge in the direction you’re aiming from. This means they can quickly turn around and catch the ball if they have good timing. So when you’d normally release to throw the ball at them, instead, click the right stick in on your controller. This will do a fake throw, causing them to try and catch a ball that hasn’t been thrown. 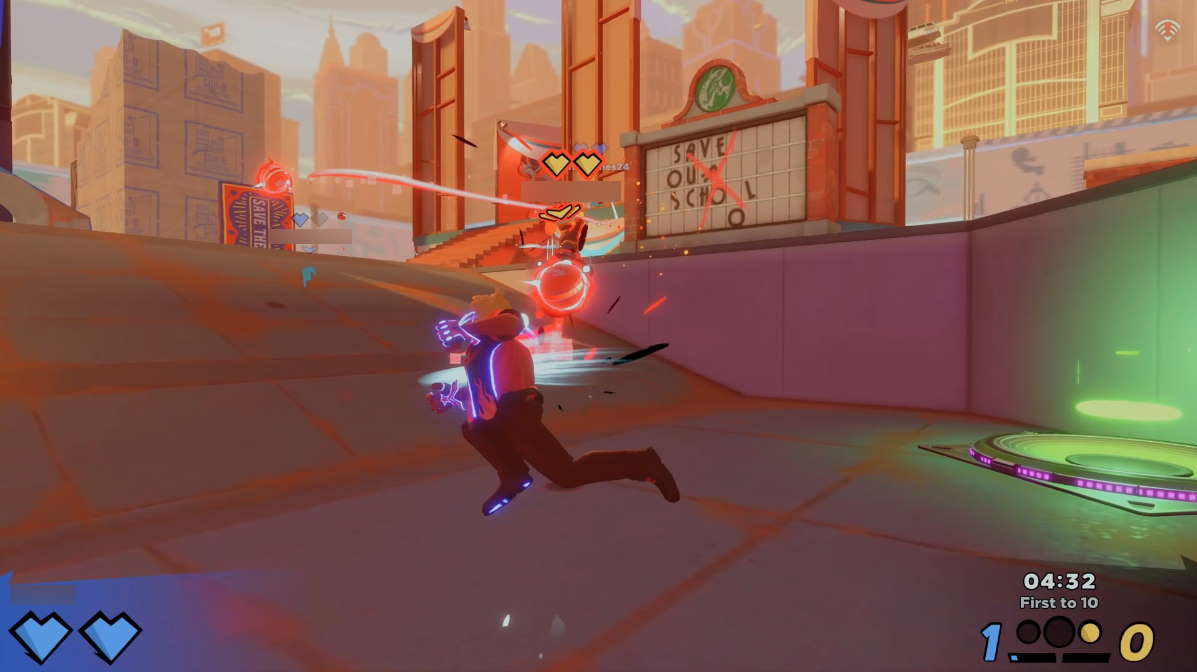 You know what to do then, right? As they’re mid “catch”, throw the ball right at them. It’s an easy way to get a KO when an opponent is panicking due to your extreme skills at Dodgebrawl. Knockout City fake shots and trick shots are supremely satisfying, which brings us on to…

There are two tricks shots you can pull off in Knockout City that have very different use cases. The first is a bend, or curl shot. You may have noticed by now that there are three ways to jump in the game. The first just puts you into the air, but hitting circle (PlayStation), B (Xbox), or A (Switch) will cause you to spin.

Just as you finish your spin, if you release the ball it’ll curve around from left to right (or right to left). This means you can bend the ball round objects, almost chasing opponents as they try to hide. Smashing them from behind like this is one of the best parts of the game.

On the triangle (PlayStation), Y (Xbox), or X (Switch) button, you’ll do a head-over-heels spin. This is how you do the lobbed throw. Just like with the curler, release the ball as you finish your spin and you’ll lob the ball over objects.

This one is super useful for if someone has just evaded you and is behind an object. Also, both of these trick shots can be activated by tapping right trigger and the corresponding button simultaneously. In other words: you don’t have to charge your shot for these trick shots.

So there you have it, that’s how you become a master of trick shots and fake shots in Knockout City. Enjoy!