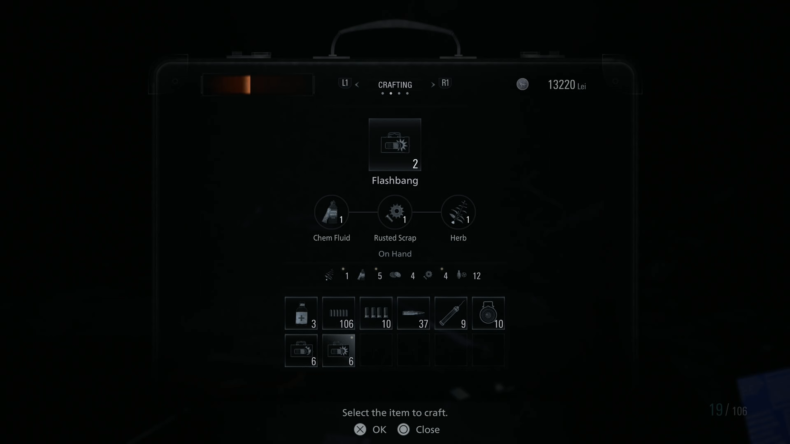 Resident Evil Village brings back crafting in its latest installment in the series. But it can be a little difficult to dissect exactly what’s involved and how you go about crafting all the different items available in the game. We here at God is a Geek have got you covered though, with our Resident Evil Village Crafting Guide.

How does crafting work?

Crafting in Resident Evil Village works by combining ingredients you find scattered around the world into more useful ones. By pressing Triangle on PS5 (or Y on Xbox) you will open up the main menu. Pressing the right shoulder button you will move to the Crafting menu where you can dabble in crafting at any time during your adventure.

Where do I get ingredients from?

Ingredients for crafting are found all around the environment in Resident Evil Village. In addition to being inside breakable boxes and vases, they can be inside drawers and wardrobes or even in plain sight on desks and tables etc. Keep your eyes peeled for the interact icon appearing on the screen so you check everything. In areas with maps, make sure areas go “blue” as that means you’ve found all the items available in that room. Red locations mean there is still something to find.

Also killing enemies will always reward you with something. Sometimes this is just Lei – the currency in the game – but ingredients can also be dropped, so check every time to see what you get.

What can I craft? 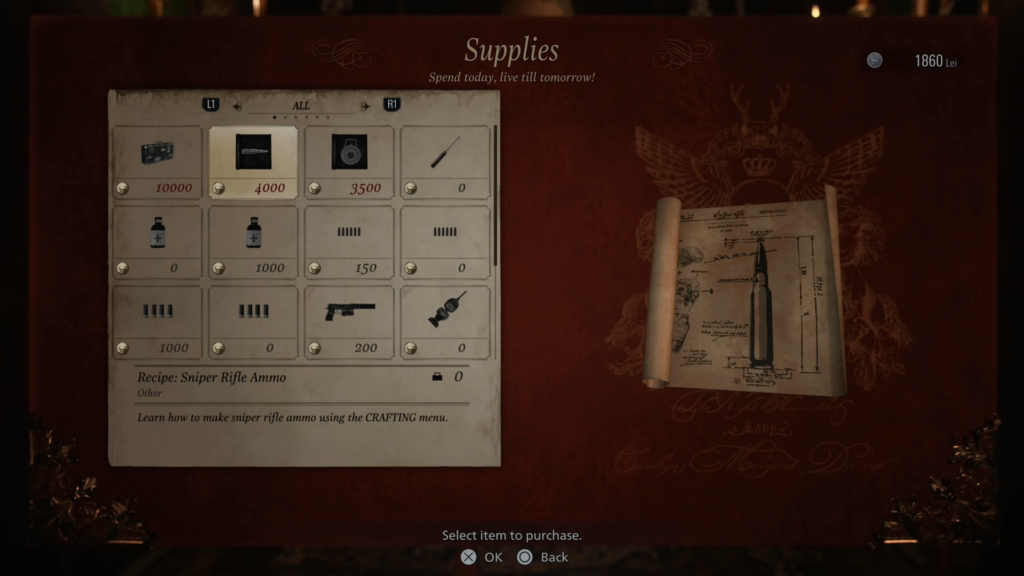 Initially, you will just have two items you can craft, These are the First Aid Med and Handgun Ammo. You can craft these as follows

How to use the Crafting Menu

The Crafting Menu also helps you in other ways. First, it lists how much you have of each ingredient in the middle of the screen, denoted by a number next to an icon of each ingredient. You can use this to decide where best to use the ingredients you have for maximum effect. The boxes underneath show the different recipes you can make. The number against each icon shows how many of each are currently in your inventory, meaning you don’t have to memorise what you have before you craft.

Note: For weapons, the number against the icon is the amount of spare ammo you have, excluding any that is currently loaded in any weapons you have.

Also, the white boxes around the icons will turn red when you can no longer craft any more of them because you don’t have the required ingredients to do so.