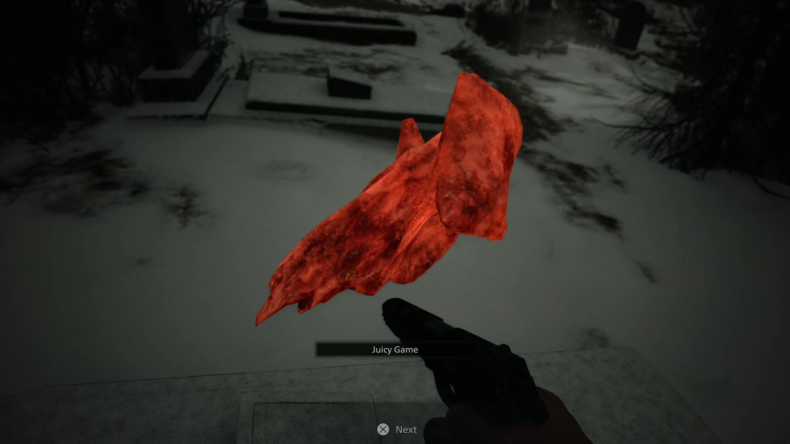 Cooking is introduced in Resident Evil Village which gives you permanent upgrades that will help on your journey, and one such meal requires the rare Juicy Game ingredient. It can be quite tricky to find if you don’t know where to look because, unlike other meat sources, these special ingredients are not added to your map when found. So if you’re struggling to find the Juicy Game ingredient, then look no further thanks to our handy guide.

What do I need Juicy Game for? 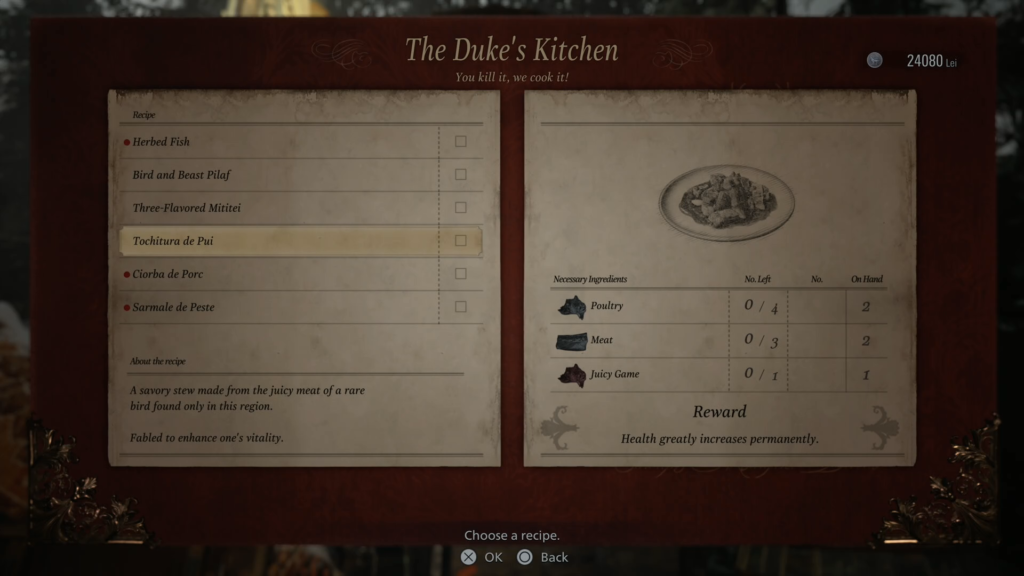 All cooking recipes are concocted via Duke, and these are unlocked after finishing the House Beneviento section of the game. The Juicy Game ingredient is needed for the Tochitura de Pui Recipe. Cooking this with Duke will greatly increase your health permanently. This is incredibly useful in general. More health means you can withstand more attacks before having to heal. This becomes invaluable later in the game, particularly on harder difficulties.

Return to the Village

After finishing Castle Dimitrescu you will find yourself back in the village. You will notice not only a few enemies dotted around the place that weren’t there before but also animals roaming around that can be killed for meat. This is the earliest point you can obtain the Juicy Game item, but you won’t be able to hand it into Duke until you’ve beaten House Beneviento. So it might be worth waiting until then, so it doesn’t clog up your inventory.

Head to the Graveyard

To find the Juicy Game, you’ll need to head to the Graveyard area in the village. Beware of new enemies here which will now spawn, it’s best to deal with them first given what you need to do next. Once they are dealt with move towards the entrance gate to the castle that you unlocked earlier, but head left before you get there. 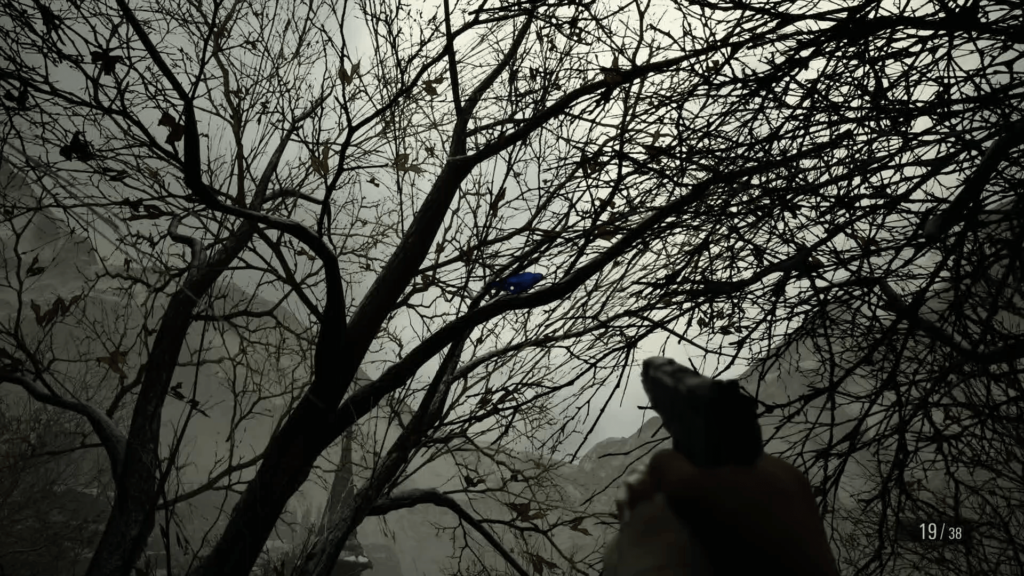 Once in the upper left area of the Graveyard, you’ll now want to look up into the trees. Perching on a branch is a unique blue bird, which is your target. Shoot it and your reward will be the Juicy Game, one of the rare ingredients in Resident Evil Village. You can now return it to Duke and use it as part of the Tochitura de Pui Recipe.