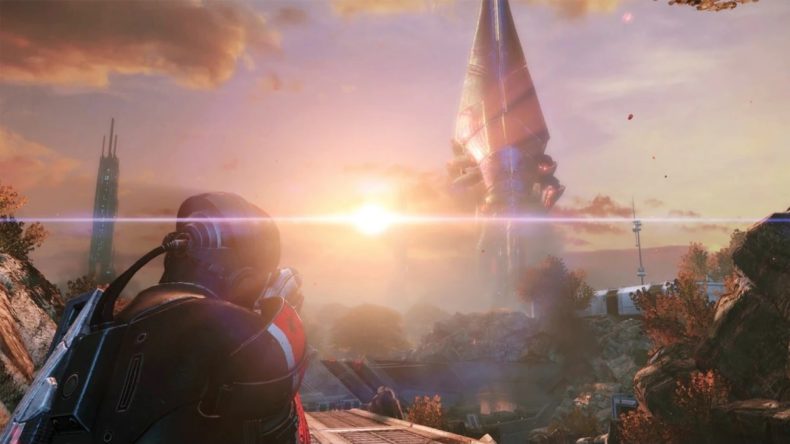 Mass Effect Legendary Edition is almost out, and for many, hype levels are through the roof. Whilst our review isn’t quite ready, we decided to show off the first hour of gameplay. Featuring new gunplay, 4K visuals, and smooth 60fps gameplay, it’s good to be back. We were very rusty, and couldn’t even remember how to put the gun away at first, and please pretend the accidental grenade throw in the Normandy never happened, k? All is revealed in this Mass Effect gameplay video.

The original Mass effect came out in 2007. It feels like a lifetime ago since being introduced to Shepherd, Wrex, Garrus, and company. However, it didn’t take long until everything came flooding back. After Saren is accused of bringing back an ancient race of machines known as Reapers, the fate of existence is threatened. In the video below, Shepherd is sent to Eden Prime. Firstly, an alien race known as the Geth come to loggerheads with the Normandy. Then, a strange beacon and the death of an ally spark an adventure of a lifetime.

Video games are cool. Don't let anybody tell you any different.
MORE LIKE THIS
BiowareEAGameplaymass effect legendary edition