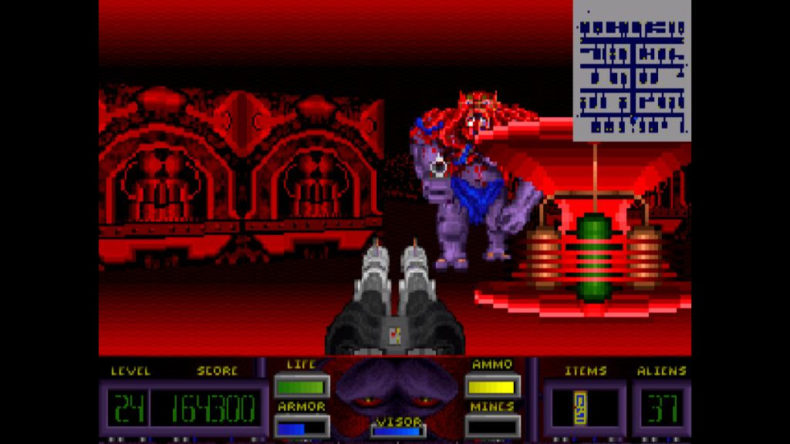 In Operation Body Count, terrorists have seized the United Nations building, holding world leaders hostage.  You take on the role of  leader of an Elite Forces team.  Your mission is to infiltrate through the sewers and battle your way through 40 terrorist-packed floors to the penthouse. Your arsenal includes submachine guns, assault rifles, flamethrowers, and grenade launchers, all with the ability to damage the environment around you.  Set the walls ablaze with the flamethrower to create choke points, or, blast your way through a wall using the grenade launcher.  As the leader of an elite team, command and control your squad-mates by switching which team member you control.

Scientists at the distant Delta Base research facility have inadvertently opened a portal to another dimension. The aliens that came through the gate have murdered the entire Delta Base science team. You, as a solo Special Forces operative, have received orders to get into Corridor 7, and clean house — fighting your way through 30 floors to shut down the gate’s power source.

Both of these retro FPS games are available today on GOG.com.