Ratchet & Clank: Rift Apart | How to unlock the Ryno weapon 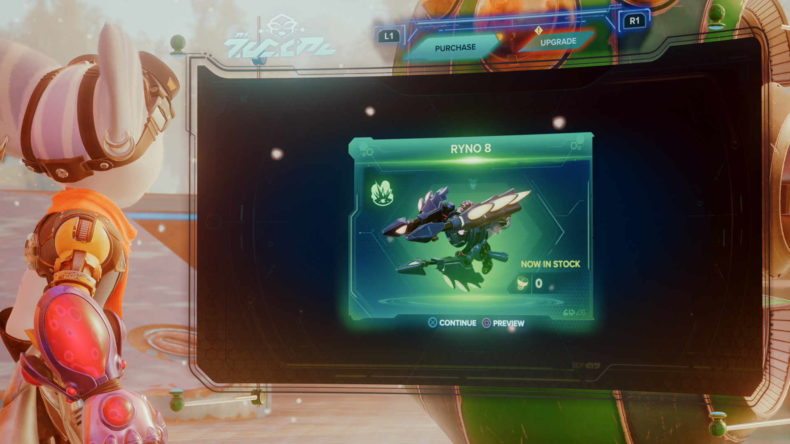 In Ratchet & Clank: Rift Apart the Ryno is one of the best weapons, but it takes some work to unlock it. It’s not a weapoin you’ll spend a long time with, however, as it’s not unlockable until late in the game.

That said, if you are planning a harder difficulty run, or to hit up challenge mode, it’s a must have. It does serious damage, and once you’ve done the hard work, it doesn’t cost bolts to unlock. Let’s explain how we get it, then.

Ratchet & Clank: Rift Apart – What is the Ryno?

One of the most powerful weapons and hardest to unlock, the Ryno 8 ties into the core mechanics of the game. When you fire a shot from the Ryno it open a massive purple dimensional rift. A huge object will smash through and decimate any foes that are anywhere near the explosion.

It’s fully upgradable as per every other weapon in the game. This makes it truly devastating for a second playthrough of the game.

How do you unlock the Ryno?

Sadly there’s no easy way to break this to you: it’s with hard work. There are 10 spybots in the game, and you need every one of them to unlock the Ryno blueprints with Mrs Zurkon. 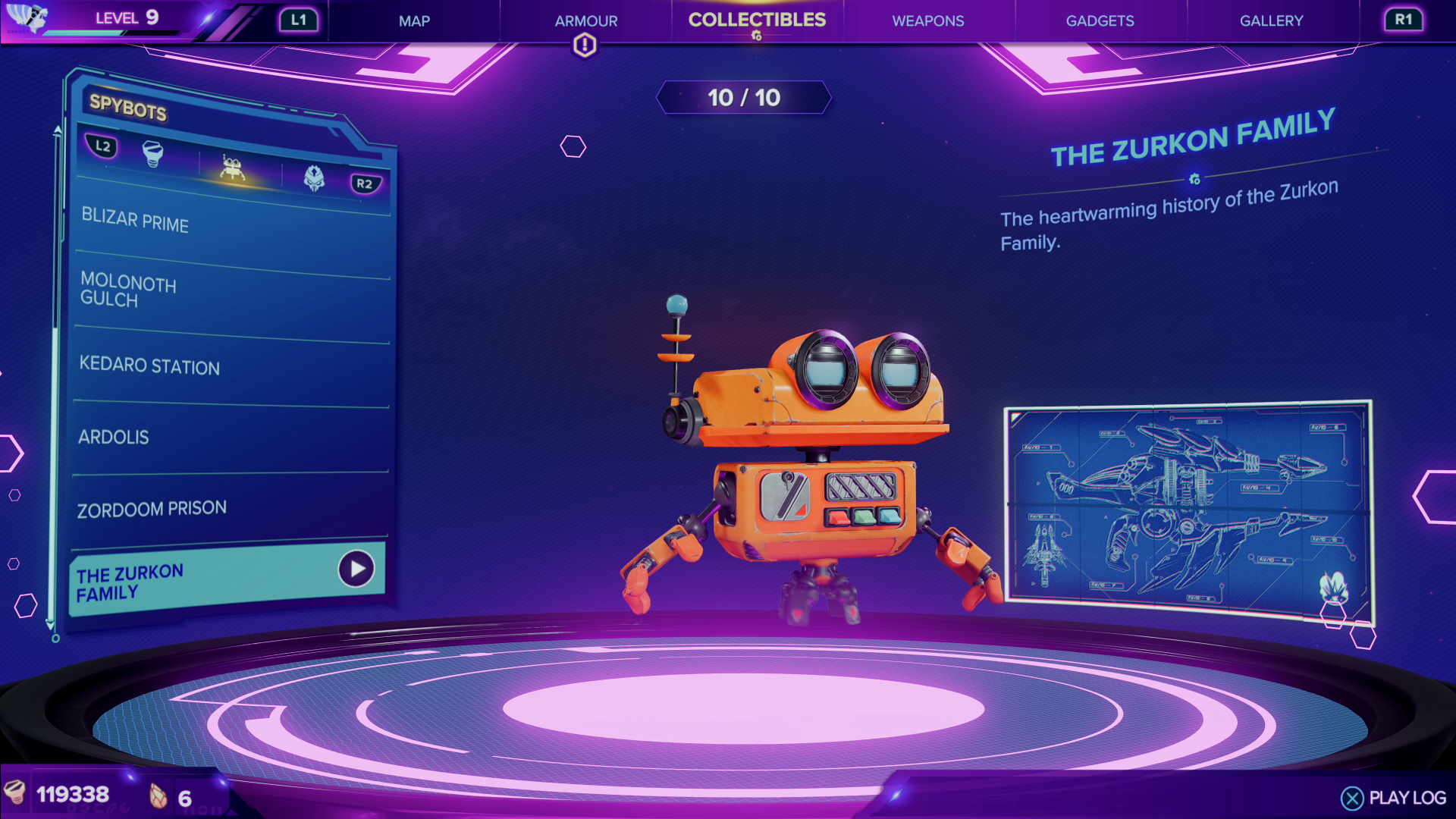 The Spybots aren’t horrendously difficult to find, but we recommend using the Map-O-Matic. This item shows up all hidden treasures on the map, and is invaluable doing the clear-up runs trying to achieve 100%.

At most there are two on each planet, but smaller planets don’t have two. You’ll need to complete optional side-quests to get the last few. This includes the “Help Trudi” quest to collect all the Zurpstones on Sargasso. Read our guide on that, here.

Once you’ve completed the quest to get all 10 Spybots, you’re almost there. Mrs Zurkon will call you and congratulate you on your success. Visit her at any of her many locations and you can unlock the Ryno for 0 bolts. They wouldn’t charge you after all that work, right? 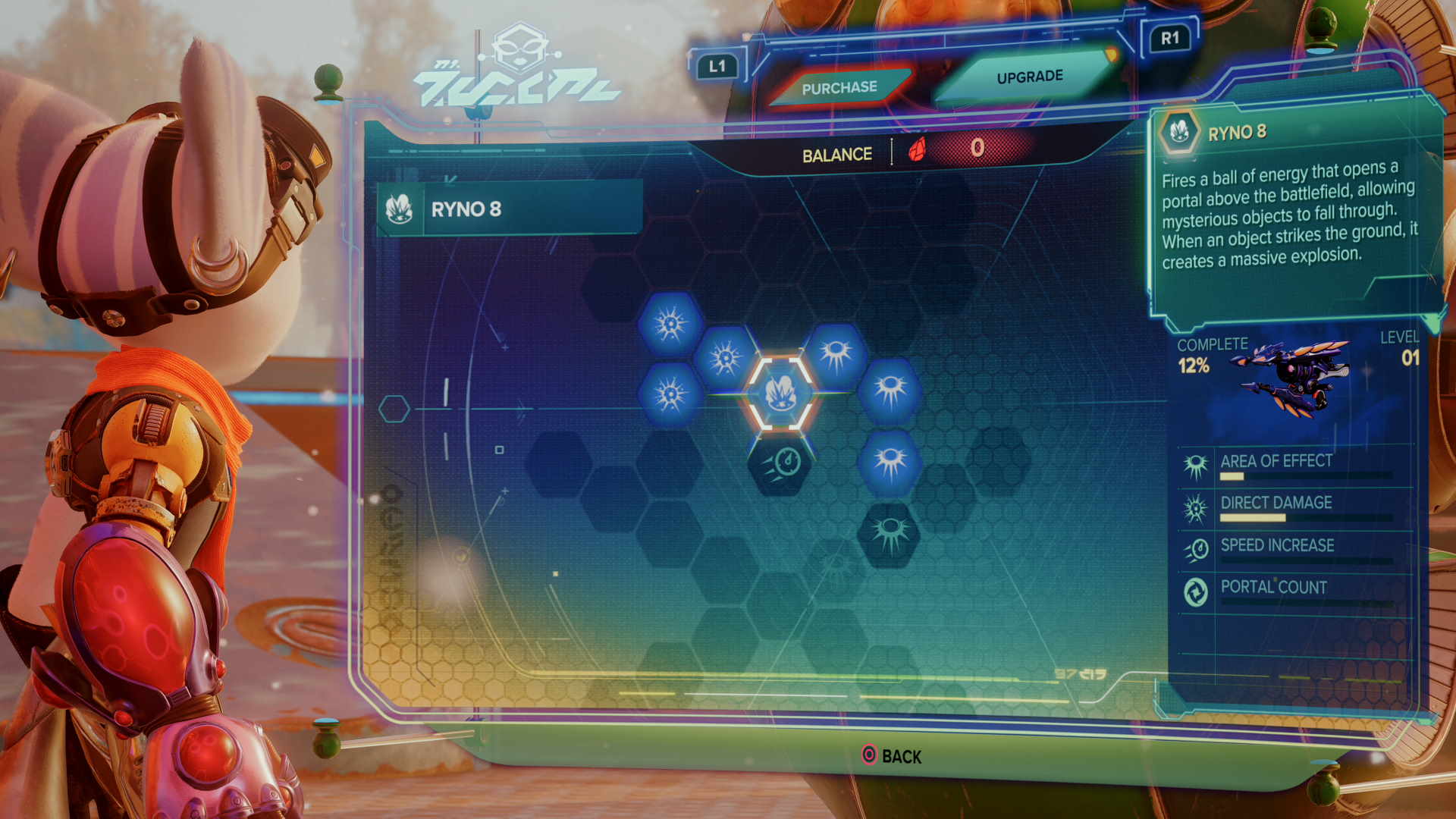 The Ryno is fully upgradable to level 5, and has its own skill tree. Due to how late in the game you get this one, we recommend using it a lot. Besides anything else, it looks incredible when you fire your Ryno!

So there you have it: that’s how to unlock the Ryno weapon in Ratchet & Clank: Rift Apart. It’s a lot of work, but it’s all good fun to do it on the way. Make sure you follow us on Social Media and Subscribe on YouTube to never miss a new feature.